On 5 May 1945, US Army troops liberated over 20,000 concentration camp prisoners at Gusen, most of whom were severely malnourished and seriously or critically ill. At this point in time, more people were interned in this little known concentration camp than in the main Mauthausen concentration camp. Today, only a few remains point to the existence of a camp of this size. At least 71,000 people were deported to Gusen, over half of whom died in the camp. 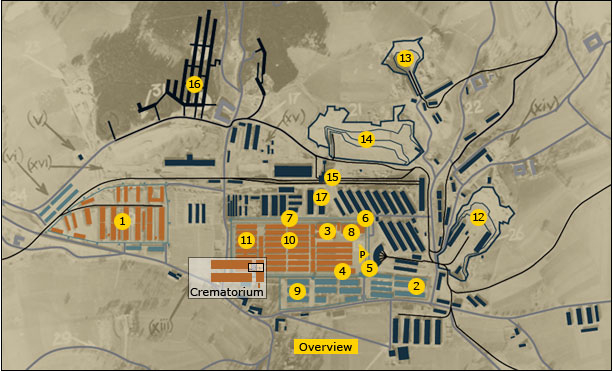 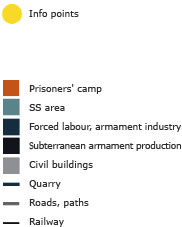 This aerial shot shows the Concentration Camp Gusen I and II in the year 1945. For better orientation it has been completed with a schema of the Camp buildings. Clicking on the information points shows further information to the camp buildings. By selecting the corresponding index clip above the image the aerial shot of Gusen in the year 2001 can be retrieved. „Plan und aerial shot 2001“ shows, which buildings of the Concentration Camp disappeared after 1945 and which are still there today. 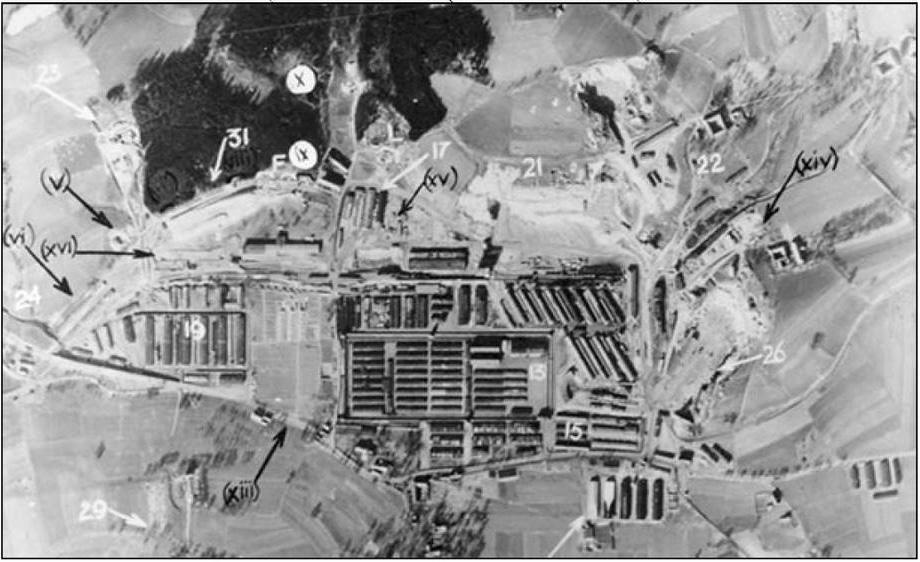 From the end of 1943 onward, the visible structural development at Gusen/St. Georgen was the subject of continuous observation and intermittent documentary photography on the part of Allied aerial reconnaissance. The photographs were subsequently evaluated at the „Allied Central Interpretation Unit“ (ACIU) in England, and provided the basis of so-called „Military Intelligence Photographic Interpretation“ (MIPI) Reports. Of particular interest to the Allied secret services were developments related to the armaments industry and its relocation to subterranean facilities. Such reports eventually provided the data for bombing raids. Although the St. Georgen/Gusen/Mauthausen complex had been under observation for several months, it never became a target for systematic bombing by Allied forces. 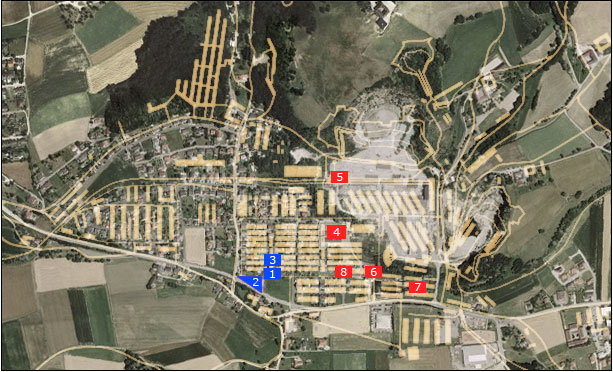