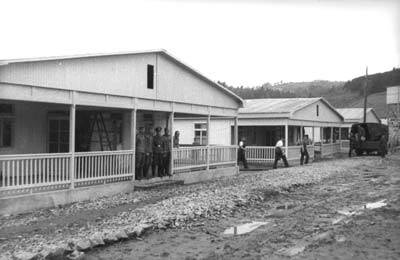 At the beginning, only members of the SS guarded camp Gusen. Later, Wehrmacht soldiers, who were organized into 11 to 13 guard regiments, each divided into two “Wachsturmbanns”, also took on the guard.

In February 1940, even before the camp was officially founded, the guard detachments already consisted of 600 men, in 1945 there were around 3000.