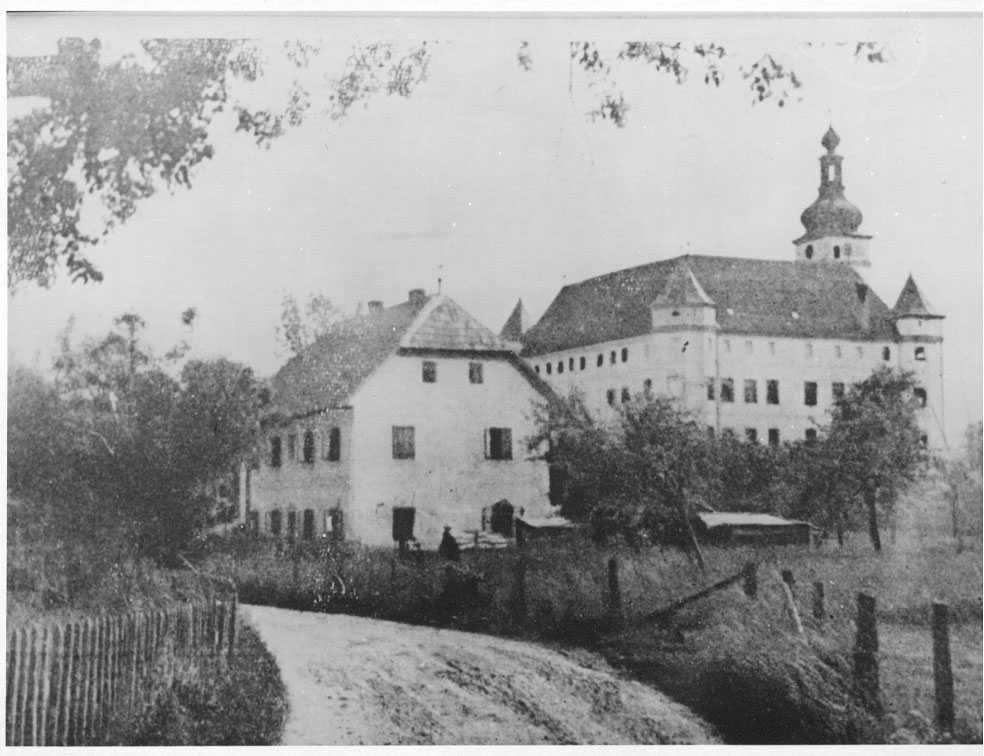 In the context of the so-called &quot;Aktion 14f13&quot; prisoners were transferred to the castle Hartheim for extermination. (photo credits: Mauthausen Memorial / Collections)Under the code name „Aktion 14f13“ prisoners from Mauthausen and Gusen were murdered at Hartheim Castle; starting in July 1941, a medical commission selected prisoners for such “mercy killings”.

The first prisoners were brought to Hartheim on 14th August 1941, followed – after a brief interruption in late August – by more transports during December 1941 and February 1942. For 1943 there are no documents to prove that prisoners were gassed at Hartheim during this year. When the number of sick prisoners once again began to increase, the death transports resumed on 11th April 1944. In total, 2.000 prisoners from Gusen were killed by gas at Hartheim Castle. 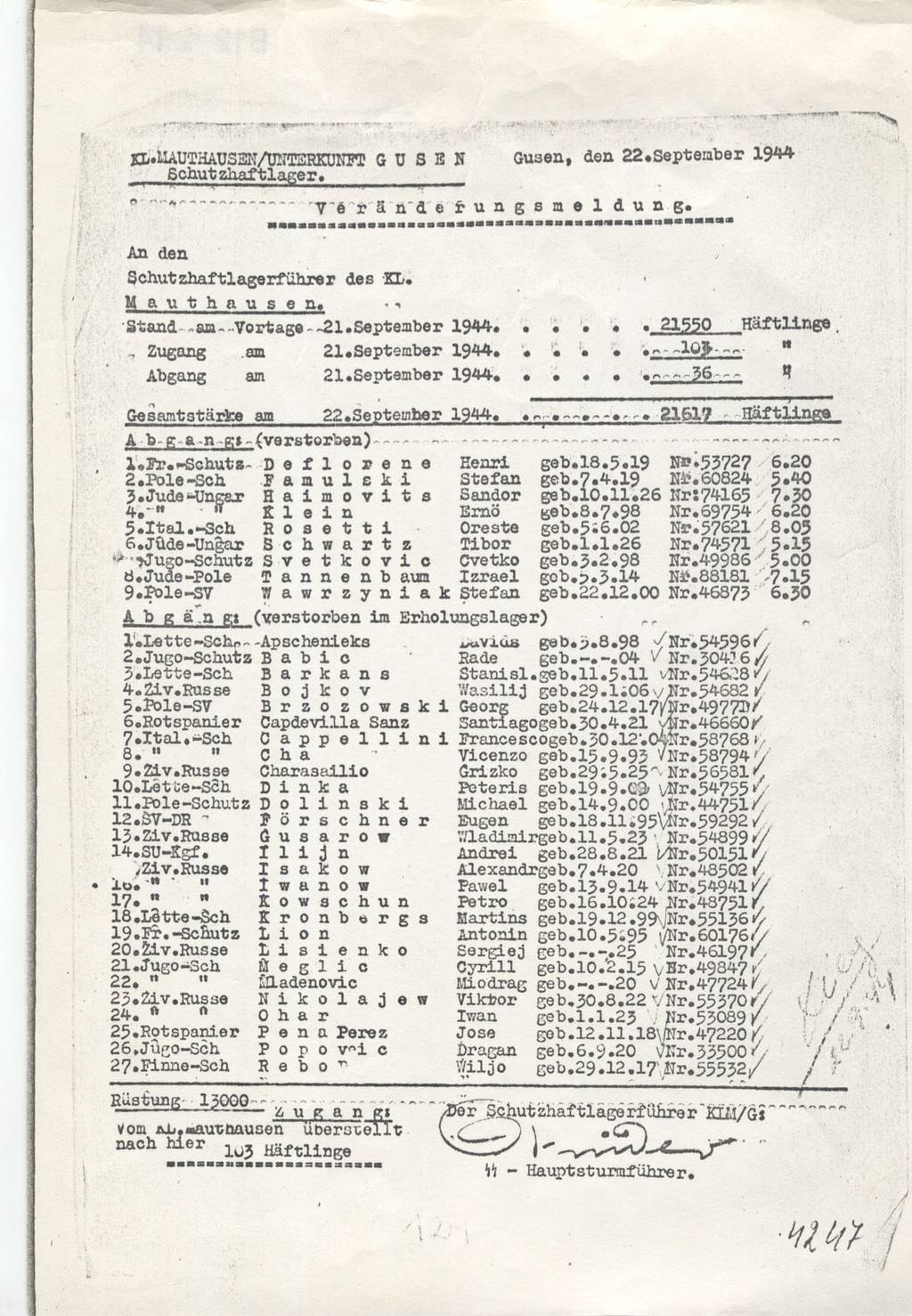