Forced Labour for the relocation of the arms production 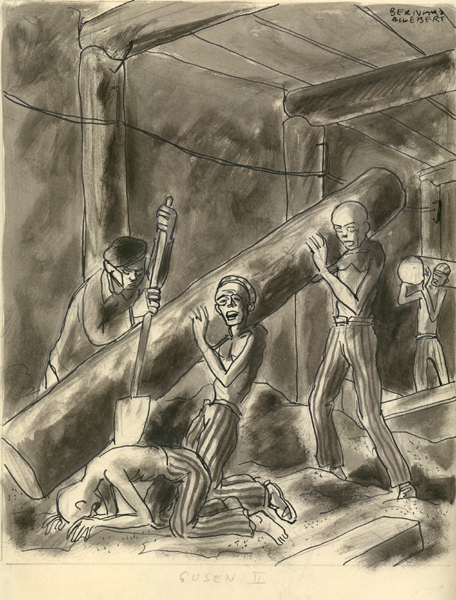 Of course, working at such a frantic pace soon exhausted us. When we arrived we were fresh, strong, and full of energy. After two months, however, we were mere wrung rags, hunched over creatures dragging legs swollen by malnutrition. We were literally skin and bones. Our jaws and eyes protruded from yellow skulls. Once someone reached this point, it was only a matter of time before he was “selected” for extermination. […]

Thousands died this way, not to mention the dozens of deaths daily from accidents, beatings, and starvation. Yet we never lacked of workers. Every month a new transport would bring thousands of new Jewish prisoners to replenish the ranks of those who had died in the past month. Work continued apace and often in the sixteen hours that passed from the time we finished until we returned for the next shift the place had changed so much as to be unrecognisable."