Regional liberation and the taking of Linz

Prologue: The withdrawal of the SS 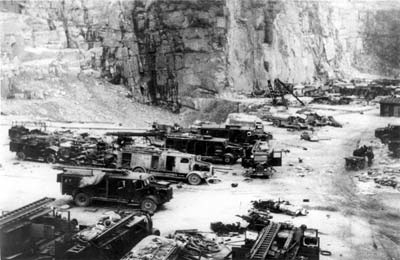 Vehicles of the Vienna ‚Feuerschutzpolizei’ (fire brigade) in the ‚Wiener Graben’ quarry, Mauthausen, shortly after liberation. (photo credits: Mauthausen Memorial / Collections)Under the pretext of actively opposing the approaching US forces, the majority of the SS personnel chose to go to ground, leaving the Gusen camp during the night between the 2nd and 3 May 1945. The camp commander, Lagerführer Seidler, first fled with his family in the direction of Linz but later killed his wife, children and finally himself.

Prior to the departure, supervision of the camp had been entrusted to units of the Vienna fire department, or ‚Feuerschutzpolizei’ (fire protection police) as it was known during the NS period, dispatched from Vienna round the middle of April. With the flight of the SS the originally planned annihilation of the inmates of Gusen was no longer an imminent danger. Nevertheless the following days up until 5 May were marked by considerable uncertainty. 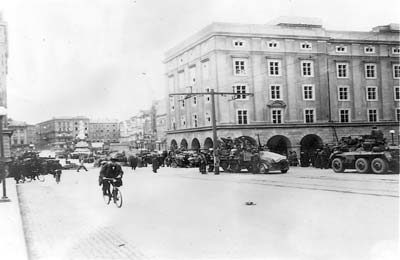 Combat Command B with its command post in Gallneukirchen was charged with securing the northern flank of the attack on Linz. In the course of carrying out these orders, units chanced across the concentration camps of Gusen and Mauthausen. 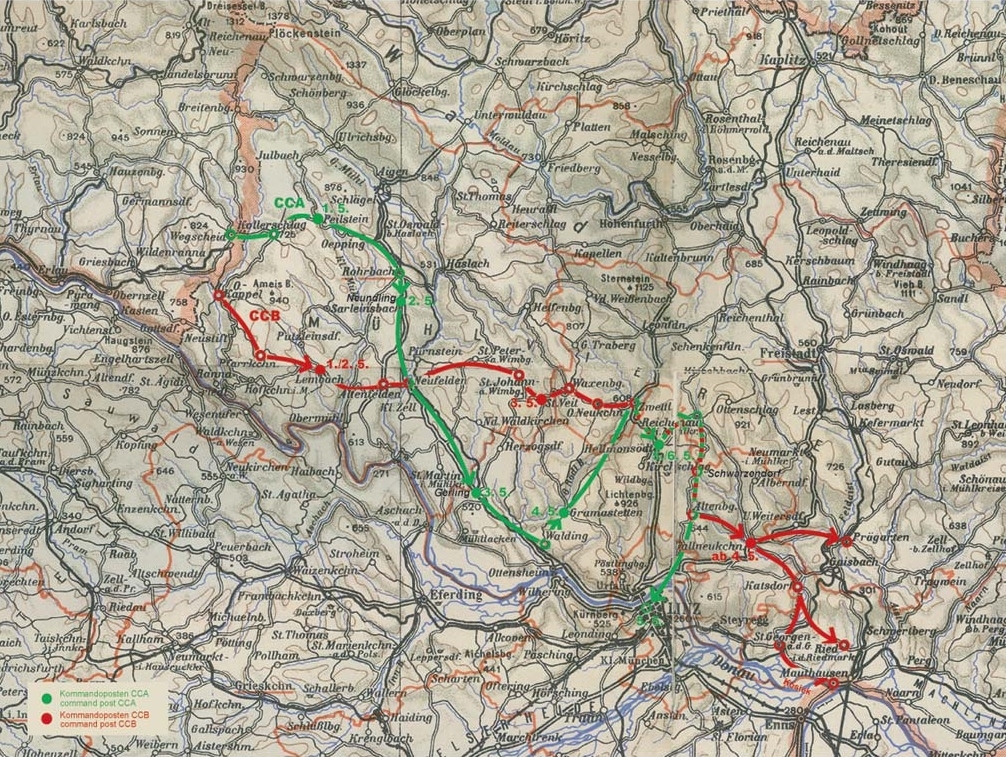 Advance of Combat Command A and B, 11th Armored Division, between 1st and 6th May 1945. (Grafik: Ralf Lechner)