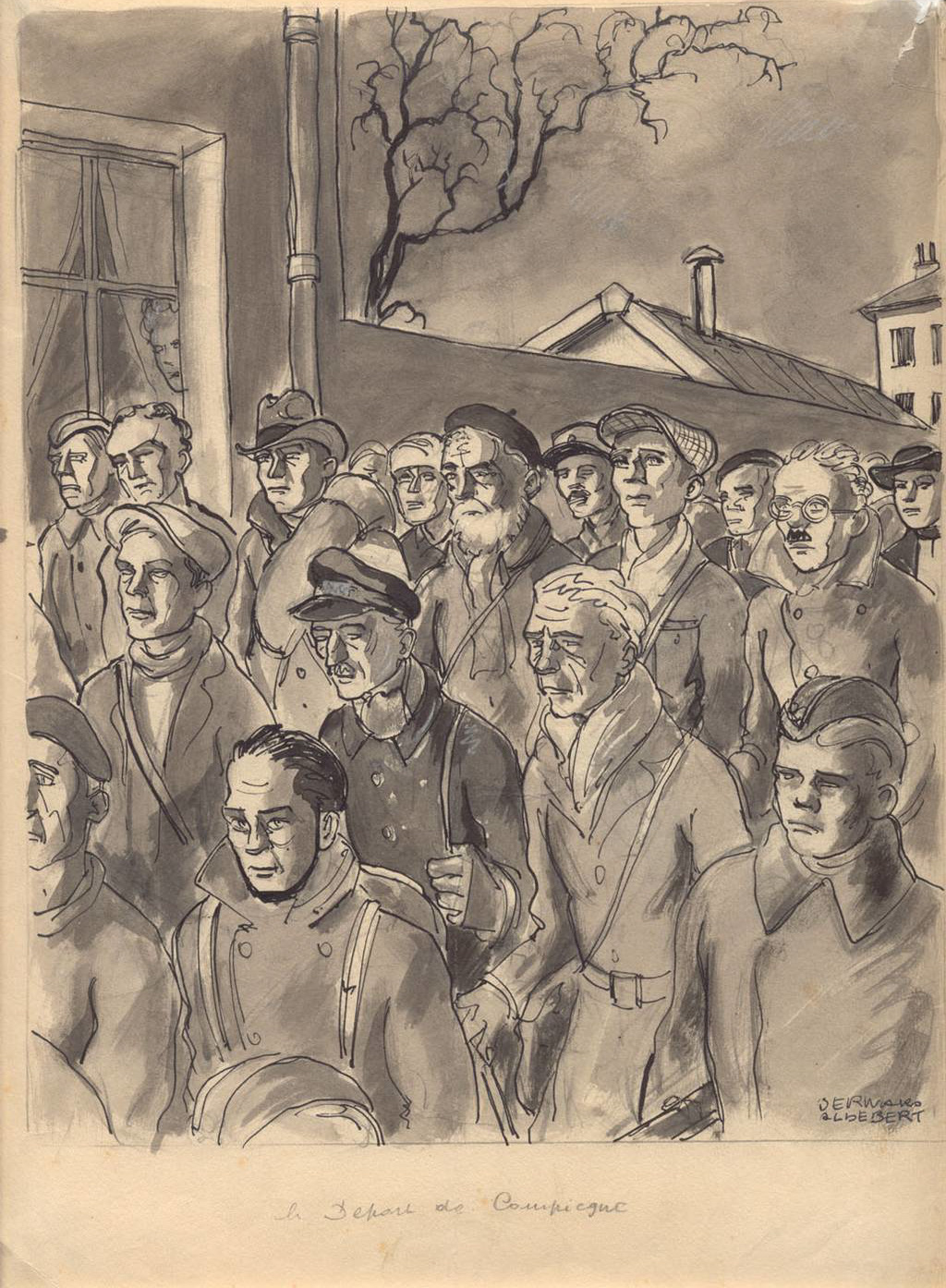 ”Departure from Compiègne”, drawing by the French survivor Bernard Aldebert, 1945/46. (Mauthausen Memorial / Collections)Following its surrender in 1940, large parts of France came under German military administration, whereas southern- and central France was placed under the control of the collaborating Vichy regime. The extreme south-east of the country was occupied by Italy. In 1942, Jews from all over France began to be deported while civilians were forcibly recruited for work in Germany. In response to these and other repressive measures, the French „Résistance“ significantly increased its active membership.

As early as spring 1942, the individual French prisoners arrived at Gusen with the first major transports following in March 1943. The greatest number of French prisoners is documented for the first half of 1944. The majority of French prisoners were deported to Gusen for political reasons, many of them deliberately abducted in the middle of the night in the course of the so-called “Aktion Nacht und Nebel” in an effort to keep the civilian population in a state of fear and uncertainty.

Thank to a Red Cross initiative, more than 500 French prisoners were released from Gusen in April 1945. Of the approximately 2.400 French nationals deported to Gusen, at least 1.000 lost their lives.