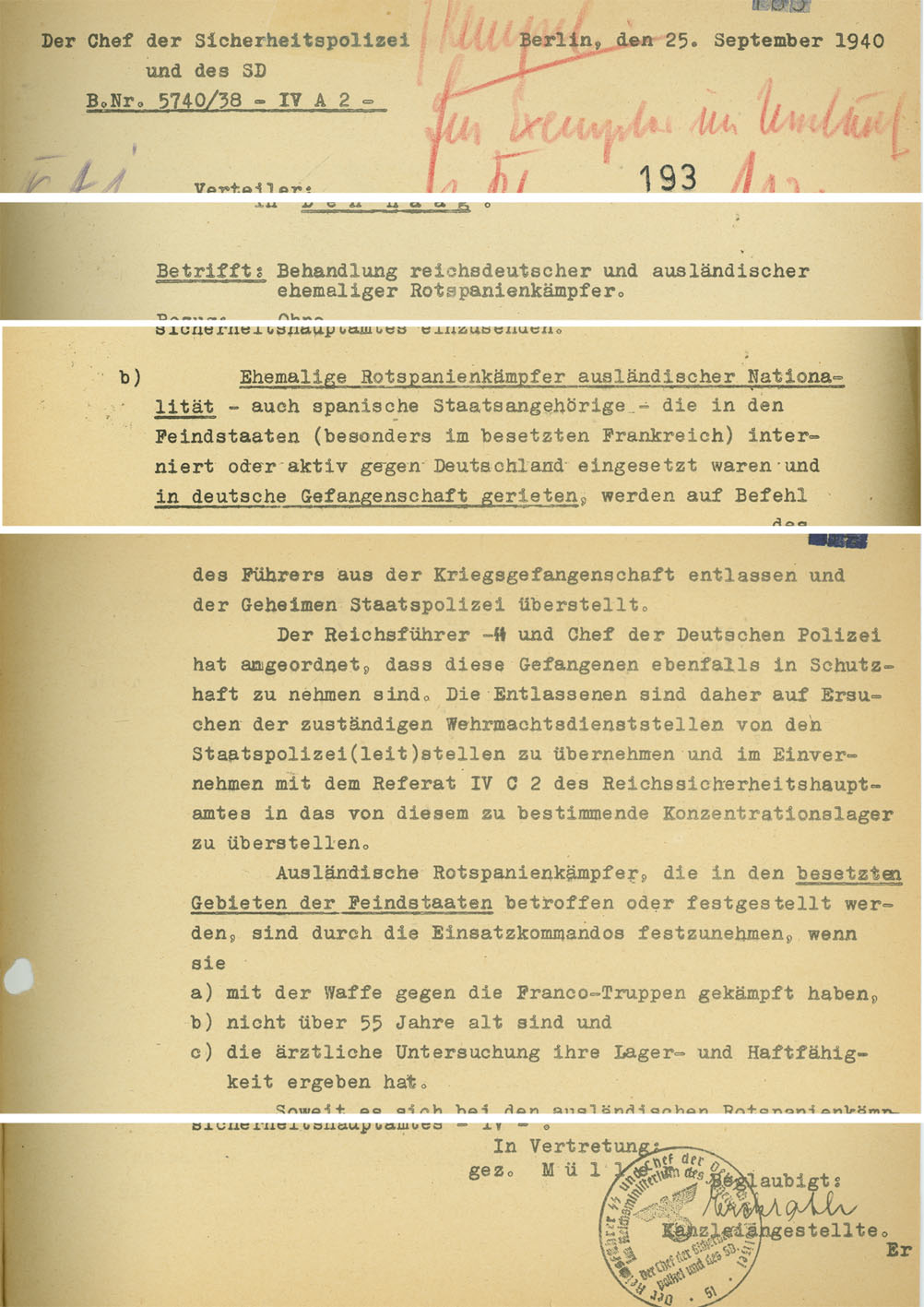 Memorandum by the Chief of the Security Police and the SD, dated 25th September 1940, concerning the treatment of foreign and German former combatants in Spain. The ordinance accompanying this memo provided the basis for the mass deportation of former members of the Republican Army to the concentration camps. (Bundesarchiv, Koblenz, R 58/26)In the course of the German occupation of France, tens of thousands of refugees from the Spanish Civil War who had been interned in France ended up in German captivity. Around 15.000 of them were deported to the Reich’s concentration camps, the majority to Mauthausen and Gusen.

The first transports of Spanish prisoners arrived at Gusen in the beginning of 1941. During the entire year, a total of 4.000 Spanish nationals were brought to the camp, i.e. nearly half of the new arrivals in this period. As this influx slowed down to a trickle in later years, the total number of Spanish prisoners in Gusen may be estimated at somewhat over 5.000.

Nearly 3.000 died at Gusen before the end of 1941 and by late March 1943, their number had decreased to approximately 500. Only with the arrival of certain other groups of prisoners did the situation of Spanish inmates improve. The total number of their dead exceeded 4.200.