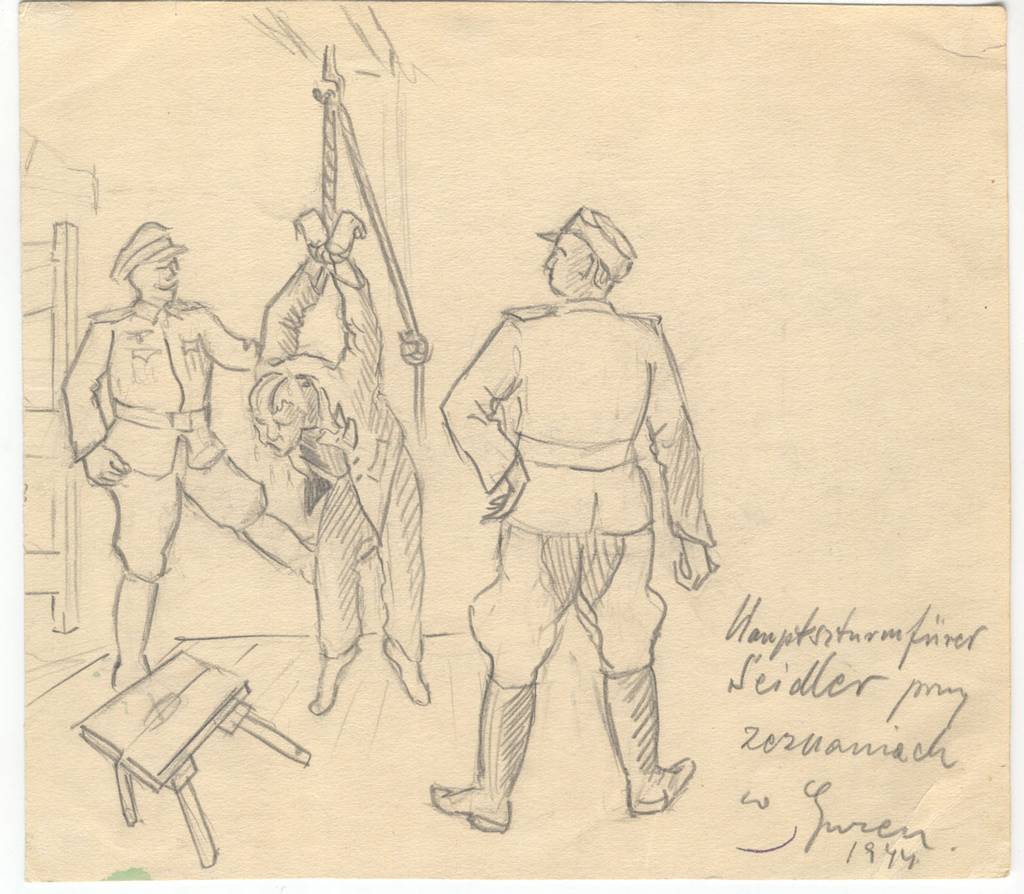 The Camp commander Hauptsturmführer Seidler conducting interrogations in Gusen, 1944. Drawing by Stanisław Walczak (Mauthausen Memorial / Collections)Fritz Seidler, born on 18 July 1907, was camp commandant in Gusen from October 1942, ending up with the rank of Hauptsturmführer (captain). Before then he had been deputy commandant of the detention camp at Auschwitz Birkenau. There and at Gusen he was notorious among the inmates for his brutality.

Referring to various eye-witness accounts, Gusen survivor Stanislaw Dobosiewicz has this to say about Seidler’s behaviour:

”Seidler didn’t shout or get excited in public. he was cold-blooded, deliberate and systematic [...] He found everyone repugnant without exception. Before talking to an inmate he would give him a hefty clout.”

”He loved to hit, kill and injure people, particularly favouring a punch in the face to break the victim’s jaw.”

”He had enormous strength. If he hit an inmate in the face, it would normally break his jaw.”

”He would often watch the inmates working in the quarry through the orderly room window. It was enough for him to spot someone standing idle for a moment. He would jump up immediately, get on his motorcycle, race to the spot and send the inmate to his death [...] The kapos lived in fear of his sudden appearance and so they drove the workers even harder to keep Seidler happy. But it was never enough.”

Seidler’s fate after the war remains unclear. There are indications that he was killed during a change of fire with members of the US Army on 6 May 1945.