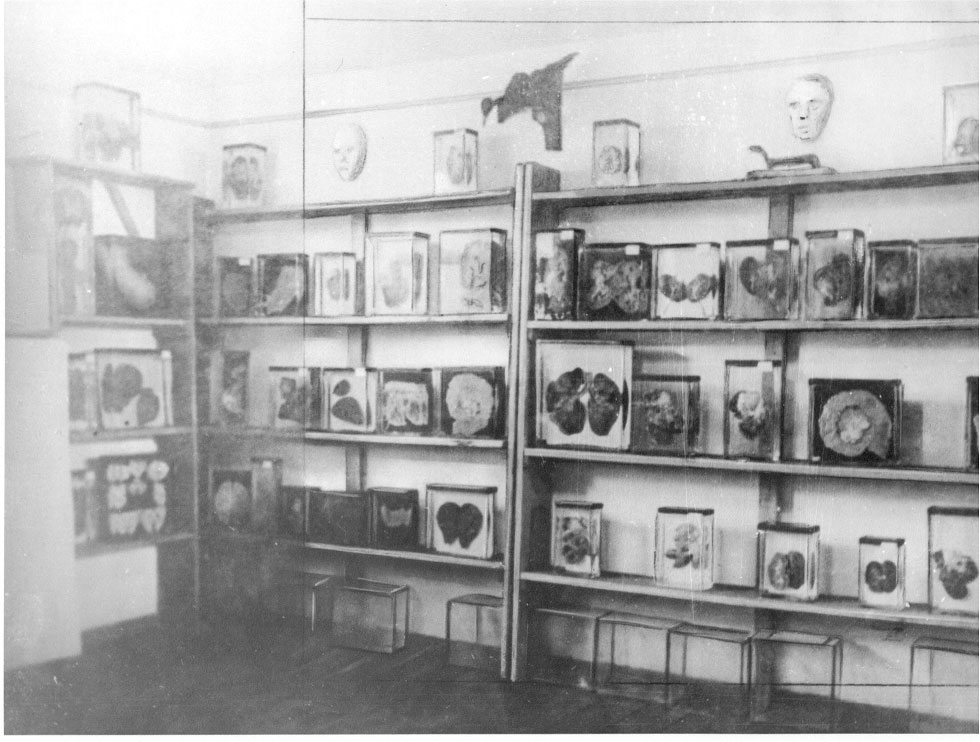 &quot;Pathological Collection&quot;, photographed between mid-1941 and 1945. (photo credits: Mauthausen Memorial / Collections)The SS camp physicians were not accountable to camp headquarters but to the SS regional chief physician, who received his instructions from Berlin central command. In the course of its existence, a total of 16 SS doctors practised at Gusen. Rather than dedicating themselves to the preservation of the prisoners’ life and health, they primarily regarded them as guinea pigs for surgery training or the testing of new drugs. Almost all of the SS camp physicians, who were also in charge of the selection of sick inmates, murdered prisoners by means of lethal injection or had them killed by SS orderlies or prison trustees.

The last of the SS camp physicians at Gusen was Helmuth Vetter. Simultaneously employed by I.G. Farben, he continued a series of tests of anti-typhus and anti-TCB drugs that he had begun during his time at the Auschwitz concentration camp. Those inmates who survived the tests themselves were murdered by cardiac injection. The precise number of victims of such experiments is not known. During the second Mauthausen trial at Dachau, Vetter was sentenced to death and hanged in 1949.

Attached to the sick ward was a pathological department including an anatomical museum. Inmates with physical characteristics or distinguishing marks the SS physicians considered abnormal or simply interesting, such as tattoos, were killed by means of cardiac injection and dissected for specimen. The anatomical museum would eventually house 286 such specimen as well as a comprehensive portfolio of tattooed human skin. Most of the specimen were sent to the SS Medical Academy in Graz or sold to various universities.