Mass extermination of prisoners in Gusen 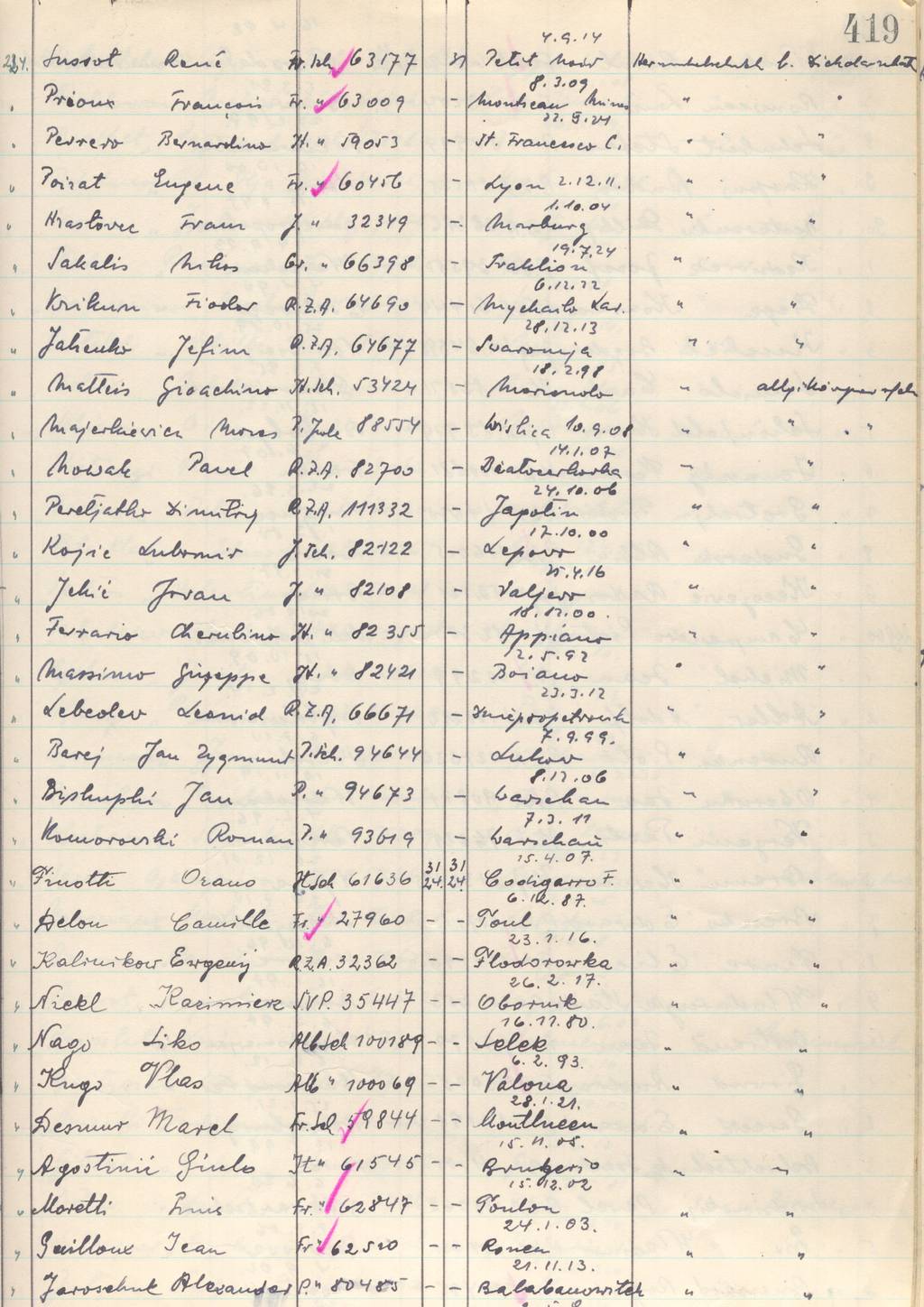 The deliberate mass extermination of prisoners varied in intensity and was influenced by such factors as the progress of the war, the arrival of specific prisoner groups, and the increasing exploitation of prisoner labour for the armaments industry.

Those prisoners suffering illness or otherwise unfit for work were invariably the first to be killed on a large scale. Beyond that, the individual prisoner’s life also depended on the inmate population he was considered to belong to. In the initial phase of the camp’s existence, for example, the most common victims of mass murder were members of the Polish intelligentsia and Spanish Republicans. From the autumn of 1941, Soviet POWs were among those exposed to the greatest risk of extermination, while the worst lot more often than not fell to the Jewish prisoners.

In 1943/44, when the prisoners were put to work in the armaments industry, their chances of survival improved temporarily. However, this gave way to a rapid decline from late 1944 onward, when the supply situation grew steadily worse and the camp became overcrowded owing to the arrival of evacuee transports.

In one form or another, the deliberate and planned killings remained part of the camp system’s daily routine until a few days before the end of the war.