Memorials at the Sites of Former Subcamps 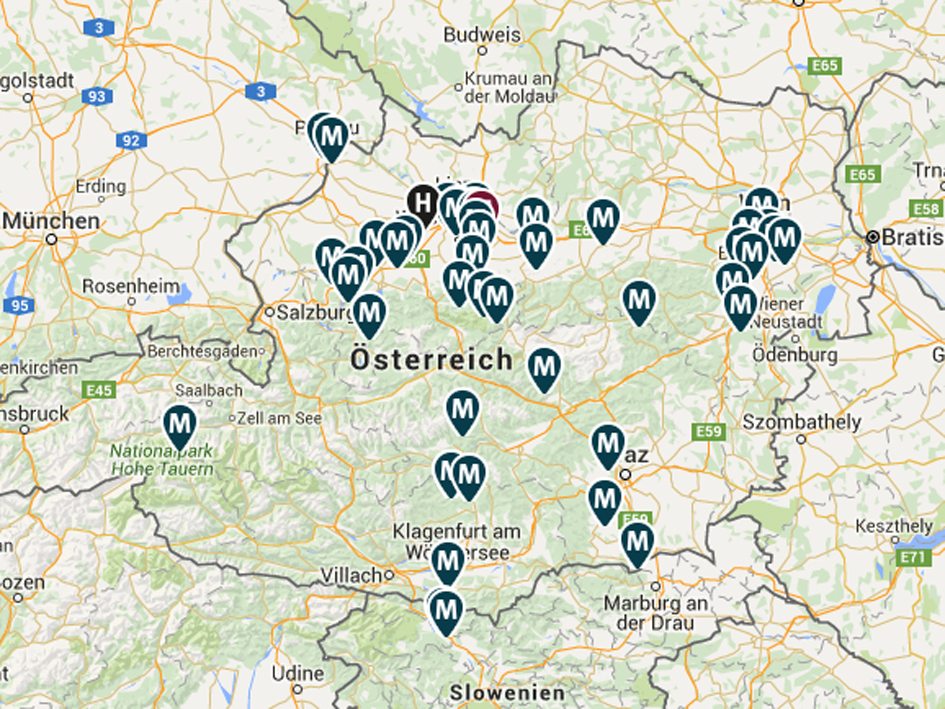 Link to the map with the former subcampsThe dedication of the former Mauthausen concentration camp as a central, state memorial in 1949 was one of the major reasons why the sites of the subcamps, including the Gusen branch camp, increasingly slipped from public view and were forgotten. The structural remains of these camps were usually quickly removed after the war or were reused for other purposes. Cemeteries and individual graves of the victims of the concentration camps and death marches were exhumed and their mortal remains reinterred at centralised sites away from public view. Many of the companies for whom concentration camp prisoners had been forced to carry out slave labour continued to enjoy economic success in the postwar era.

It is thanks to the commitment of the survivors, their relatives and local civic initiatives that the history of many of these sites is remembered today in a variety of forms.

The various local memorial initiatives are now networked together within the Mauthausen-Komitee Österreich. They are responsible for the erection of memorials, the creation of exhibitions and the organisation of commemorative and educational events at these sites.