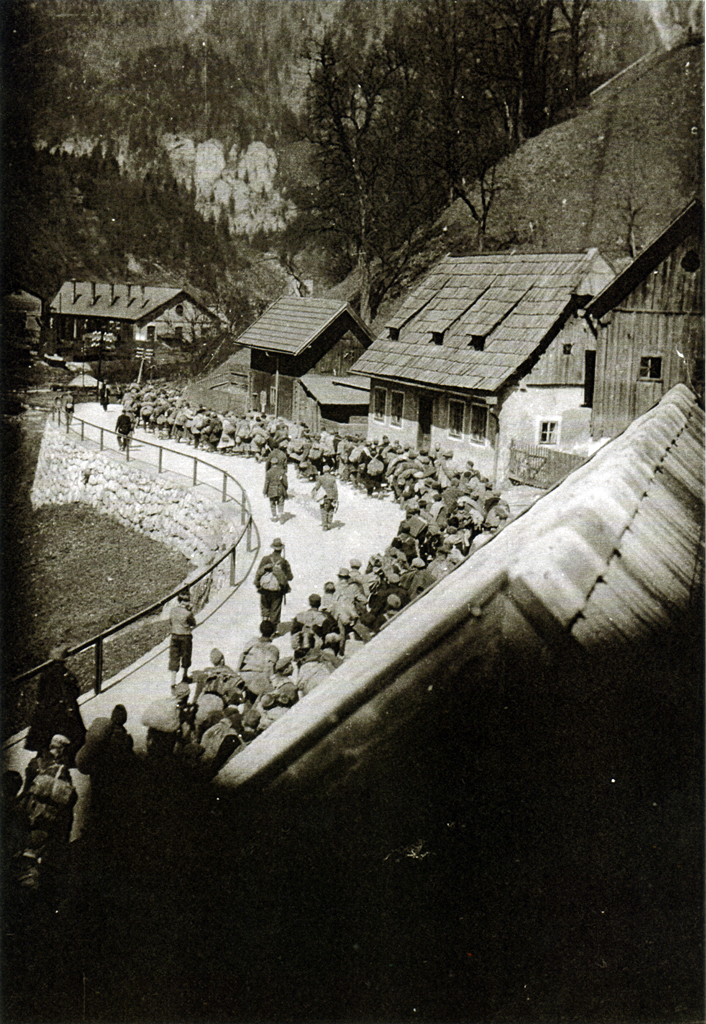 Photograph taken in secret of a death march of Hungarian Jews to Mauthausen, Hieflau, 1945 (photo credits: Walter Dall-Asen)With the advance of the Red Army and the disbandment of the concentration camps in the east, Mauthausen became the destination for large-scale evacuation transports from January 1945 onwards. The following months until liberation were characterised by overcrowding, food shortages, chaos and mass death. Around 25,000 newly-arrived prisoners from Auschwitz-Birkenau, Groß Rosen, Sachsenhausen, Ravensbrück and Mittelbau-Dora were registered at Mauthausen between January and May 1945. Thousands of others, for example those from the Venusberg and Freiberg subcamps of Flossenbürg concentration camp, were never registered. In general, the newly-arrived prisoners already had a long history of persecution behind them and were often already too weak to be put to work. In most cases they were immediately housed in the infirmary camp, in a makeshift tent camp or in other newly-erected parts of the camp, Camps II and III. Those who still had sufficient strength were sent on to the subcamps as forced labourers.

At the end of March the disbandment began of the subcamps lying to the east of Mauthausen. The prisoners were marched on foot or transported by ship or rail to the main camp and to the Gusen, Ebensee and Steyr subcamps. In total it is likely that over 23,000 prisoners were set in motion, travelling right across Austria. A similar fate befell Hungarian-Jewish forced labourers who, beginning in late March 1945, were forced out of the camps erected for the construction of the so-called South East Wall fortifications. During the marches, which lasted for days, the men, women and children were given barely any food and were forced to sleep outdoors. Hundreds of people died on these death marches from exhaustion or were shot by the guards because they could not keep up. 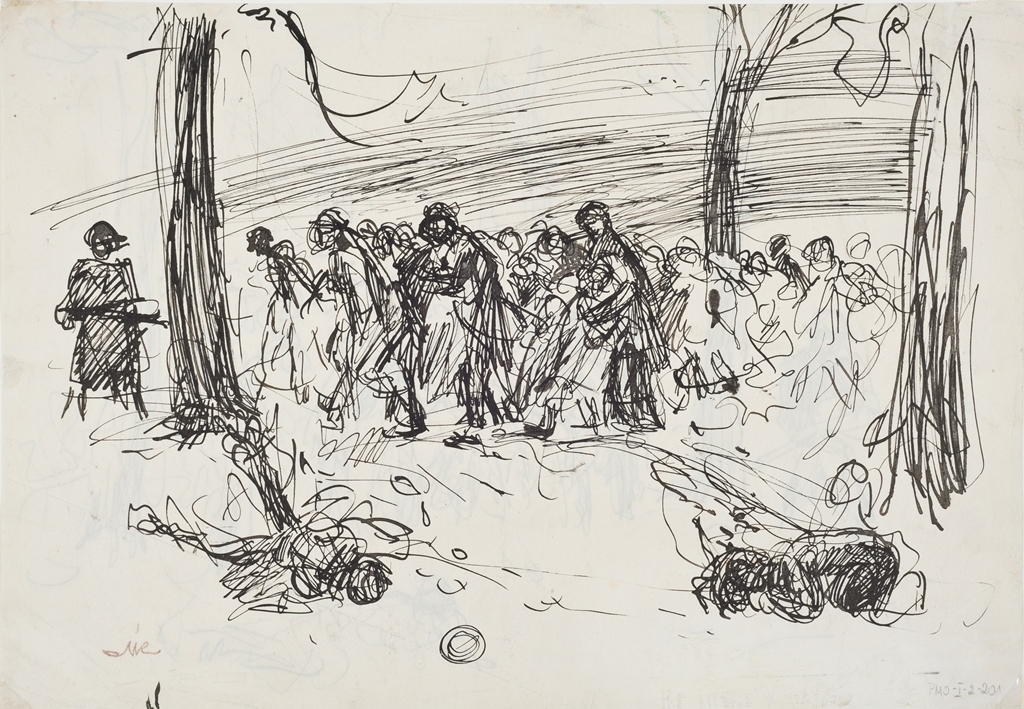 Mieczyław Kościelniak: „Ewakuacja“ (Evacuation), 1945 (Museum Auschwitz)After being housed temporarily in the makeshift tent camp, the majority of the Jewish prisoners were forced to march on to Gunskirchen. As many as 20,000 people were herded together in a holding camp set up there, where a complete lack of sanitation made conditions catastrophic.

The overcrowding in the remaining camps, combined with an ever increasing shortage of food, meant that living conditions for prisoners got worse and worse. Records show over 11,000 deaths in April 1945 alone. Since the crematoria at Mauthausen were overstretched, in February 1945 the SS had a mass grave dug to the north of the camp near the village of Marbach, in which around 10,000 corpses were hastily buried. The names of many of the dead who, like the Hungarian Jews, had not been registered remain unknown today, as does their exact number.