Forced Labour in the Quarries

The choice of Mauthausen and Gusen as locations for the establishment of new concentration camps was closely connected to the granite quarries there. From the end of the 1930s, the SS combined the creation of new camps with its entry into the building materials industry. Concentration camp prisoners’ labour was to be exploited economically in the production of bricks and stones for Hitler’s monumental construction projects. In April 1938 the SS leadership had founded the Deutsche Erd- und Steinwerke GmbH (DESt – German Earth and Stone Works Company) for this purpose. 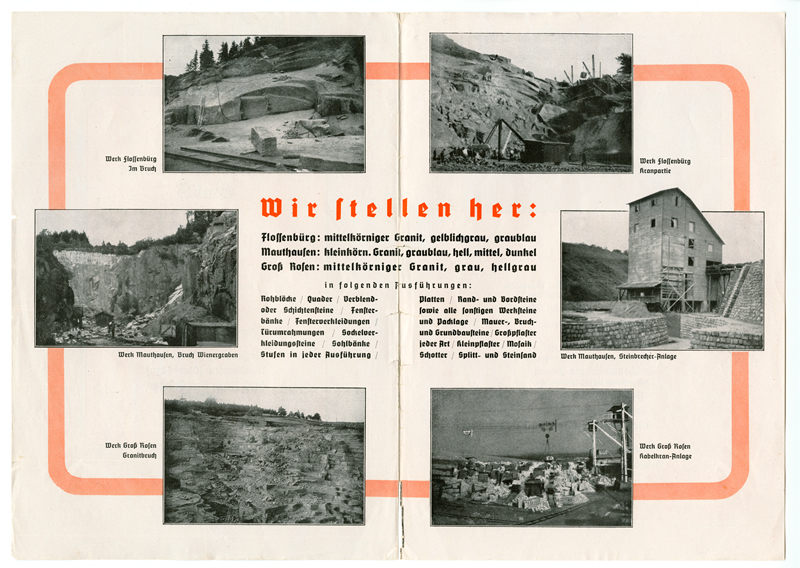 Deutsche Erd- und Steinwerke advertising brochure, between 1940 and 1945 (Archiv der Zeugen Jehovas, Selters/Taunus)In Mauthausen the SS operated one, and in Gusen three, quarries. Its main aim was to produce granite blocks for the expansion of the Führerstadt Linz. Subsequently, the ‘Granitwerke Mauthausen’ was to develop into the largest and most productive branch of the DESt.

For the prisoners, the working day lasted at least eleven hours in summer and around nine hours in winter. They worked in all weathers. The work was exhausting. First the prisoners had to break blocks of stone from the cliff by hand or using explosives. Then they had to hack them into smaller pieces and transport them out of the quarry. 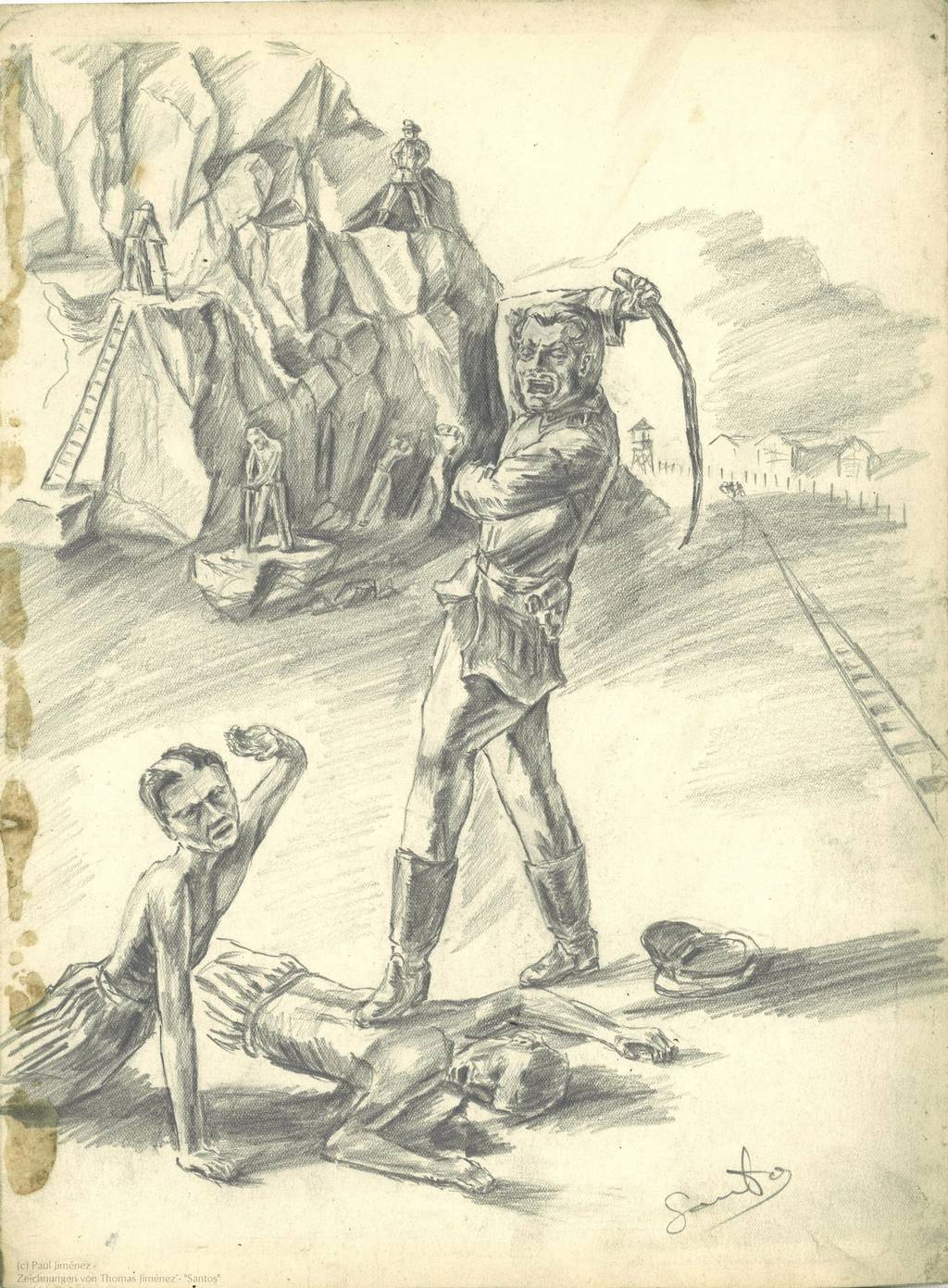 Mistreatment in the quarry, drawing by Tomás Jiménez Santos, between 1946 and 1948 (Paul Jimenez)The Mauthausen and Gusen quarries were sites of forced labour and places of annihilation in equal measure. While, on the one hand, there was a permanent shortage of skilled labour in the quarries, on the other the prisoners were systematically worked to death. Back-breaking work as punishment and deliberate killing operations were part of everyday life. Prisoners were assigned to the Strafkompanie (penal company) on trivial pretexts or the least violation of the camp regulations. Being in the penal company meant having to carry granite blocks weighing up to 50 kg on a wooden frame on their backs to construction sites in the camp. The march up the quarry steps was accompanied by beatings from the guards. Members of the penal company did not usually survive long. In 1941 and 1942, Dutch Jews especially were pushed to their deaths over the edge of the quarry cliff by the SS and Kapos, something recorded in official camp documents as ‘suicide by jumping’. The cynical name given by the SS to prisoners killed in this way was ‘parachutists’.