Relations between the concentration camp and society 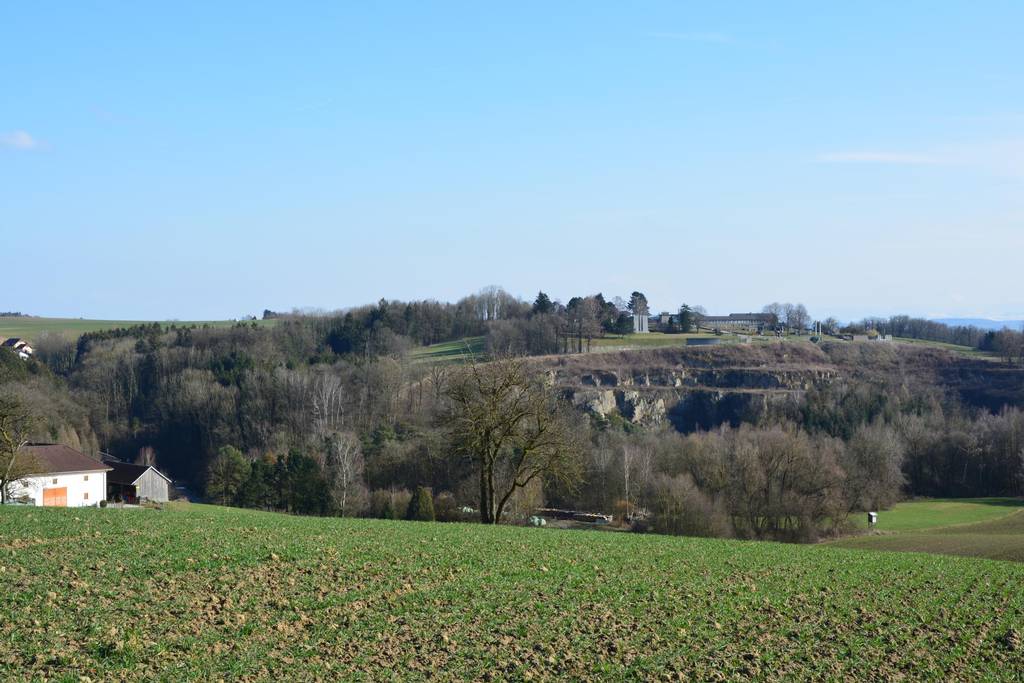 The camp on a hill, visible for miles around, clearly illustrates just how integrated the concentration camps were in National Socialist society. The existence of the concentration camps was not concealed but was common knowledge. Those living or working nearby noticed some of what went on. People from the town of Mauthausen could observe the prisoners being marched from the station to the camp. Residents of nearby farms and civilian workers in the quarry witnessed the crimes taking place in the camp. Many agreed with what was happening, some were indifferent, others reacted with disgust; almost all remained silent.

There were many different types of economic, social and private relationships between the camp and its surroundings. A look at a map showing the Gusen camp, which formed part of the double Mauthausen/Gusen camp, and the 50 or so Mauthausen subcamps gives an impression of the high level of geographical, economic and social integration of the camps into society. The people living near to them had to decide what attitude to adopt and whether knowing about them also made them partially responsible for what was happening there. The ‘Mühlviertel Hare Hunt’ at the beginning of February 1945 and the death marches during the final weeks of the war took place in full view of the public. 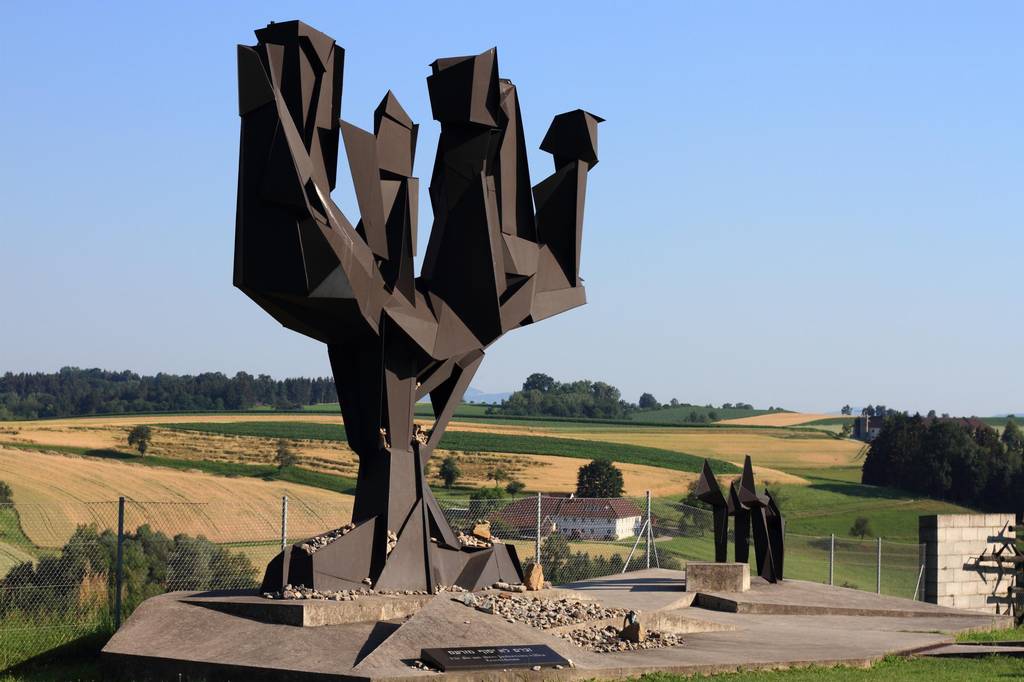 The different victim groups are reflected in the memorials in the memorial park and the commemorative plaques in the internal camp area. Opponents of National Socialism from the conquered and occupied countries (Poles, Czechs, French, Spaniards, Russians and many others), Soviet prisoners of war, Jews, especially from Holland, Poland and Hungary, Sinti and Roma, Austrian and German resistance fighters and opponents of all political colours, marginal social groups, people with previous convictions and serving prison sentences, Jehovah’s Witnesses, homosexuals – they were all, mostly men but also many women, young people and children, taken to the concentration camp by the SS in arbitrary police actions. In the camp they were classified according to a prisoner hierarchy which was structured along racist principles and depended on the labour expected of each group. Germans and Austrians were at the top of this national ranking, Roma and Sinti and Jews right at the bottom. Within this hierarchy there were also privileged positions for prisoner functionaries, privileges reflected in the spatial distribution of the barracks, for example. While from the outset the ‘prisoner society’ was very heterogeneous in terms of language, culture, religion and politics, the discriminatory classifications and different treatment of different groups by the SS prevented the prisoners from engaging in joint action and was a central instrument of rule in the camp.

The dehumanisation of the prisoners 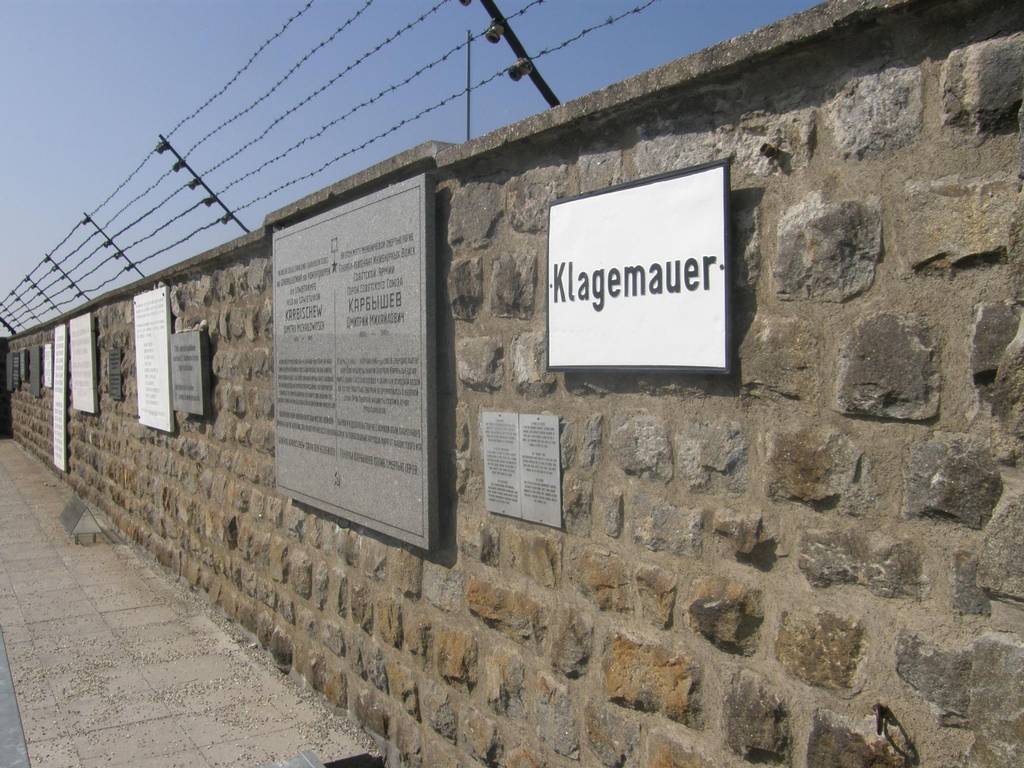 A characteristic of all camp situations was the attempt by the perpetrators to exclude those imprisoned from the domain of the human. Both in the eyes of the SS and in their own self-image, the prisoners were no longer to be regarded as warranting a human existence or the right to life. Having their head shaved, wearing a uniform, being reduced to a prisoner category and number, having personal possessions taken away, hunger, physical and mental abuse, being subjected to the unpredictable use of violence and living under the constant threat of death destroyed the identity and self-respect of many prisoners. Their external appearance was made to reflect the perpetrators’ assumption of their worthlessness.

Situations from everyday life in the camp, e.g. arrival, being shaved in the shower room, roll call, conditions in the prisoners’ barracks and camp punishments make it possible to follow this process of dehumanisation. This was accompanied by the cynical language of the SS, which found expression in phrases such as ‘parachutist’ (prisoners pushed over the edge of the quarry), ‘bath action’ (murder in the shower room) or ‘hare hunt’ (hunt for escaped prisoners). For the perpetrators, the dehumanisation of the victims, galvanised by ideology and language, removed any inhibitions where the use of violence was concerned. 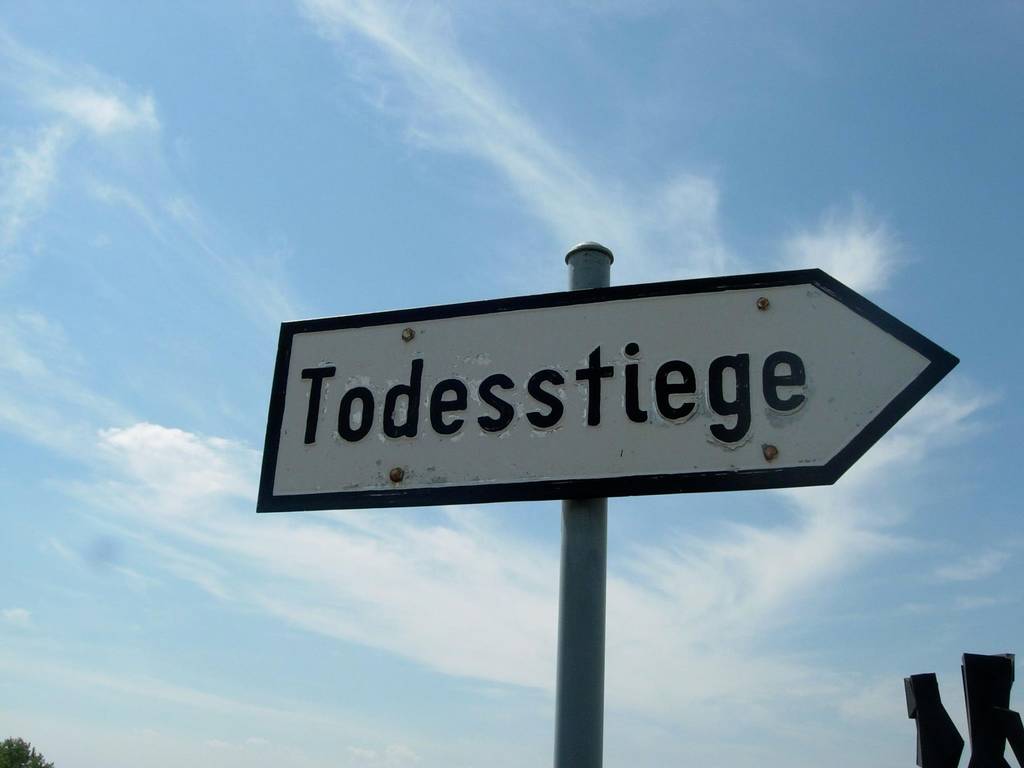 The use of terror to discipline prisoners was combined in the Mauthausen concentration camp with the exploitation of their labour for the emerging commercial empire of the SS, initially through work in the quarry and, from midway through the war, through their deployment on a mass scale in the war industries.

The ‘Stairs of Death’ make it clear that for groups currently at the bottom of the camp hierarchy, the exploitation of their labour meant their deliberate annihilation through work. The SS sought to extract the maximum profit from each prisoner before their likely death. From 1942/43, providing labour for the arms industry (in the many subcamps, and especially in Gusen, Ebensee and Melk where tunnels were also constructed) became a central function of the camp. Preserving the prisoners’ productivity was now more important to the regime than before, but it continued to be the case that prisoners unable to work lost any chance of survival. They were isolated in the Mauthausen ‘infirmary camp’ in their thousands and left to die of hunger and disease. Others fell victim to the killing actions of the SS doctors, who administered injections to the heart, were murdered in mass shootings while allegedly ‘attempting to escape’ or died in the gas chamber.

For the groups of prisoners who had been sent to the camp specifically to be killed (for example Dutch Jews in 1941/42, convicted criminals from German prisons in 1942/43, and the Soviet ‘K’-prisoners in Block 20 in 1944/45), Mauthausen functioned as an extermination camp. The concentration camp was a place in which turning people into objects unleashed all manner of destructive forces: economic exploitation, sadistic humiliation, and annihilation.

Resistance in the concentration camp 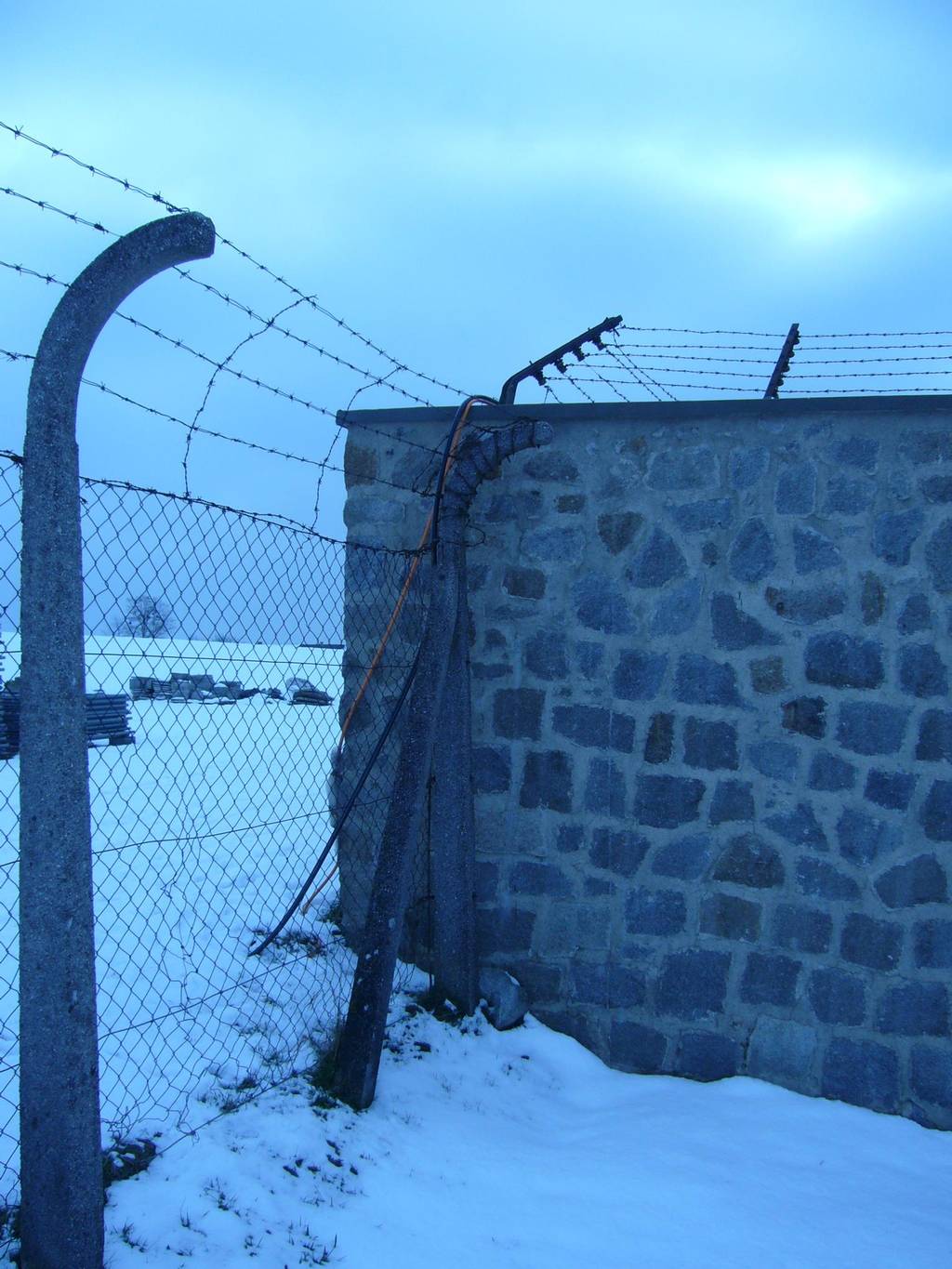 To continue to exist under conditions of deliberate mental and physical annihilation was enough to count as rebellion in the eyes of the perpetrators. It was yet more difficult to act together against the workings of SS rule. The system of national discrimination and the privileged position of the prisoner functionaries fuelled antagonism, enmity and spying. Resistance in the camp began not with – mostly unthinkable – open revolt, but with the attempt to retain one’s personality and moral integrity in dealings with others. Secret artistic, religious and political activities helped serve this purpose. Within small groups or along lines of national solidarity, help was given to others, for example through organising rations or clothing. Prohibited information, e.g. on what was happening in the war, was passed on and Spanish prisoners smuggled SS photos out of the camp. Organised forms of resistance were able to develop in the Mauthausen concentration camp only from 1944 onwards, as functionary posts were increasingly taken over by political prisoners, in particular in the camp clerk’s office. This made it possible, for example, to save prisoners from threatened execution by swapping their identity with that of someone who had died. The largest resistance action in Mauthausen was the mass breakout of around 500 Soviet officers in February 1945 and the subsequent ‘Mühlviertel Hare Hunt’; we know of only 8 officers who survived, some thanks to courageous helpers. During the final days, an international prisoner committee was formed who took up the organisational initiative in the camp in the period around liberation. Prisoners rescued documents from attempts by the SS to cover its tracks and so saved them for posterity. Resistance primarily manifested itself through small, but still dangerous, actions and gestures that bound people together, and seldom in heroic deeds. And often prisoners were faced with the dilemma that helping one prisoner would harm another. 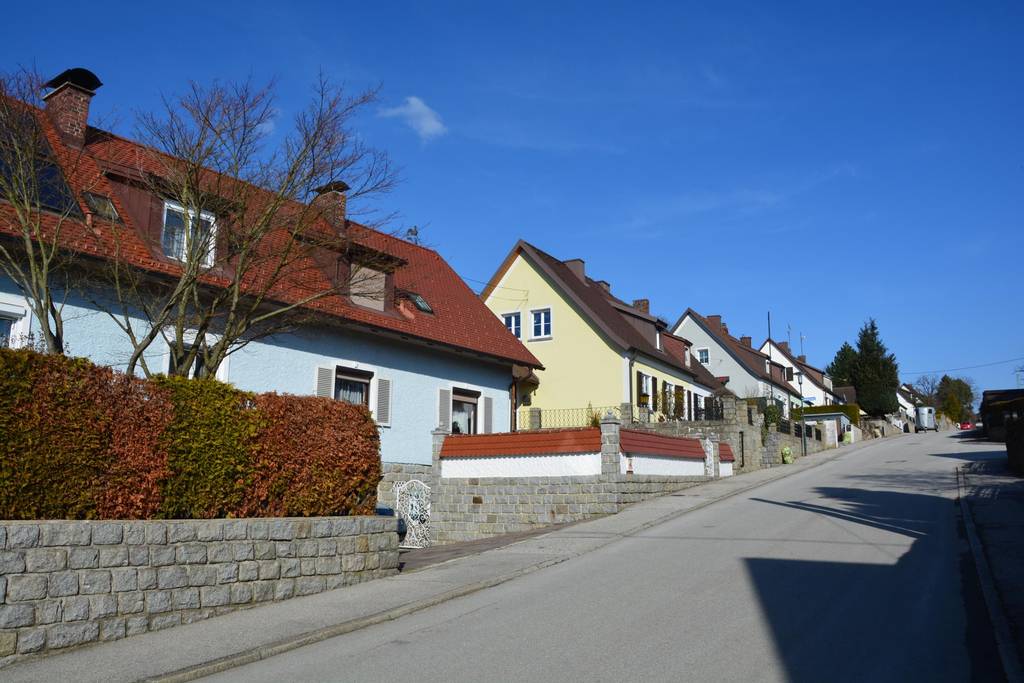 The remains of the Mauthausen concentration camp demonstrate the immediate proximity between the sites of the victims’ suffering and a banal everyday world inhabited the perpetrators: right next to the infirmary camp, where thousands died, was the SS sports ground; barely one hundred metres from the crematorium ovens was an SS swimming pool; not far from the memorial complex are the smart semi-detached houses built for the families of SS officers. What appears irreconcilable were the two related sides of a world defined by National Socialism.

The perpetrators, German, Austrian and ‘ethnic German’ members of the SS Death’s Head units, lived alongside the murder in the camp as ‘normal’, ‘civilised’ people. Morals deformed by racism, the ‘comradely’ experience of killing, but also career aspirations legitimised their actions in their eyes. They did not want to be seen as criminals but as soldiers fighting for the ‘great’ future project of a society ‘cleansed’ of biologically ‘harmful’ and politically ‘dangerous’ elements. Those who did not fit into this plan they stamped as ‘sub-humans’ with no right to life in order to take that life from them. The leisure facilities and living quarters of the SS are testimony to this delusion of an ‘ideal world’, which was to be built on a foundation of crime.

The ‘authentic’ site and the memorial museum 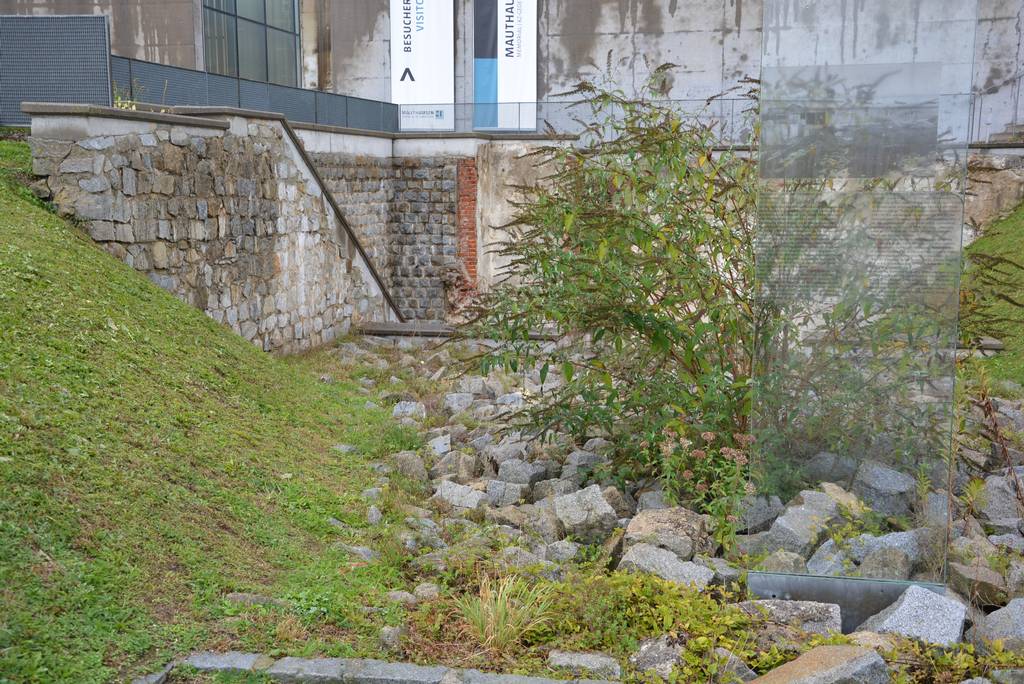 Visitors come to the memorial site because it designates a place where National Socialist crimes took place. Despite the fact that the many branches of the Mauthausen camp system have now become more prevalent in public awareness and that memorials have been erected at several of these sites, Mauthausen continues to symbolise National Socialism in Austria. The ‘Stairs of Death’, the gas chamber, the walls and towers shape the image of the camp. But there is little left to see of some of the killing areas in the camp, such as the infirmary and tent camps, or of the living quarters of the perpetrators.

It was the SS who first dismantled the installations for the gas chamber in order to cover their tracks; after liberation prisoners took objects home with them as evidence, the American liberators demolished the barracks of the infirmary camp, the Soviet Army and the local population removed other camp facilities and, finally, the Republic of Austria took the decision to preserve only the stone buildings and the barracks directly on the roll call area for the memorial museum.

Restored several times, these remains, together with the quarry, the cemeteries, the memorials erected over the years in the memorial park, the commemorative plaques, the exhibitions and the Visitor Centre make up an ensemble which, while representing the history of remembrance since 1945, only partially portrays the history of the concentration camp from 1938 to 1945. Visitors are not coming to a former concentration camp but a memorial site with its conscious forms of remembrance. The place is authentic in the sense that it possesses an ‘aura’ as an important historical setting. Subject to several alterations, it nevertheless allows a reconstruction of history using the remains it has structured and preserved.