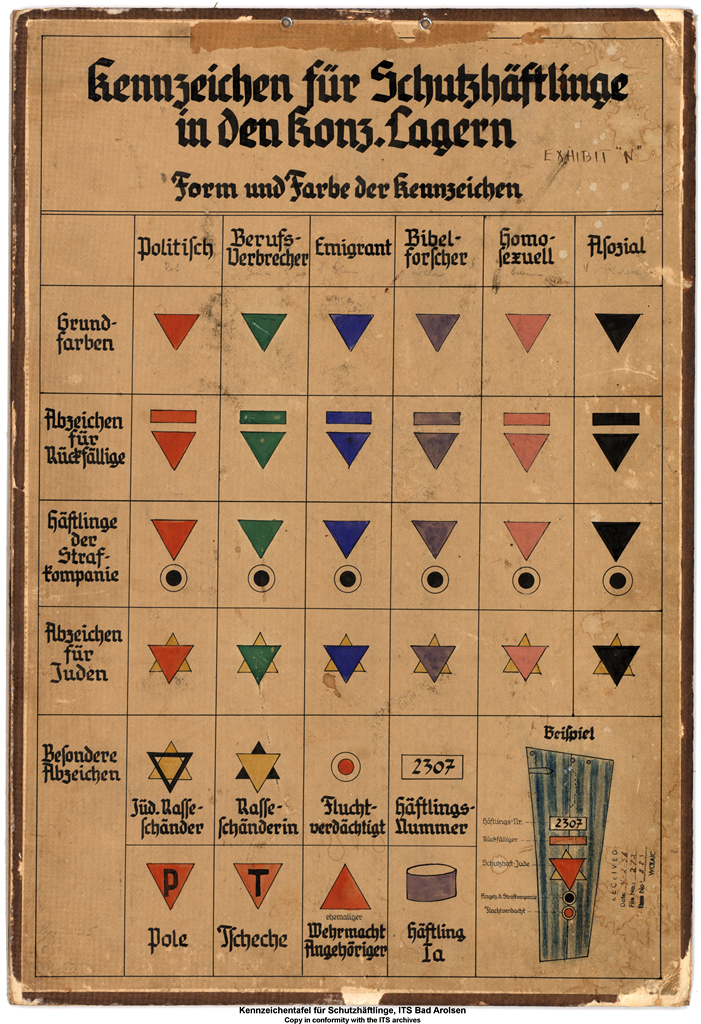 Chart illustrating prisoner markings (Illustration: International Tracing Service, Bad Arolsen)In the early days, only German and Austria men were imprisoned at the Mauthausen concentration camp. The SS categorised these prisoners according to the reason they had been sent to a concentration camp. Triangles in different colours and letters identified the inmates as – in line with National Socialist ideology – criminals (category ‘professional criminal’), antisocials, political opponents (‘protective custody’), emigrants, Jehovah’s Witnesses (‘Bible student’), homosexuals (‘§ 175’), Jews, Roma and Sinti (‘Gypsy’), members of the Wehrmacht, prisoners from the penal system or ‘civilian workers’.

The prisoners had to display this categorisation on their uniforms; categorisation also determined their chances of survival. Each category was linked to the degree of terror used by the SS, better or worse accommodation, or the prospect of a privileged post in the camp organisation. Those marked as ‘Jews’ had the lowest chances of survival. Prisoners in the category ‘preventative detention’ – prisoners from the penal system who were sent to Mauthausen concentration camp from 1942 – were also usually killed within a very short space of time. In contrast, criminals, especially during the first half of the war, found it easier to acquire a post as a prisoner functionary. The SS used the division of deportees into categories and different treatment to stoke rivalries between the various groups of prisoners.

After the attack on Poland and the outbreak of the Second World War, people were transported from the occupied territories to concentration camps within the Reich. The make-up of ‘prisoner society’ therefore became increasingly international. 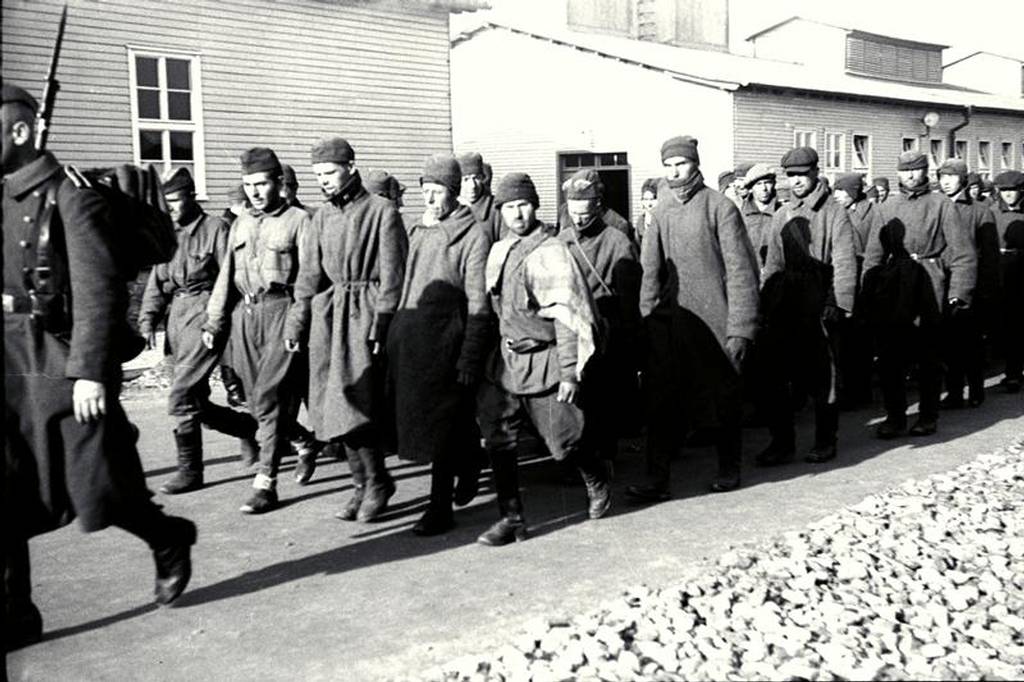 Arrival of Soviet prisoners of war on the roll call area in Mauthausen, SS photo, October 1941 (photo credits: Mauthausen Memorial / Collections)The concentration camp prisoners now had to display their national origin on their uniform alongside their prisoner category. Labelling by nationality also had a decisive effect on chances of survival within the concentration camp. Prisoners with a Slavonic mother tongue were significantly worse placed than those from northern Europe. Prisoners of war from the Soviet Union were generally only able to survive for a very short length of time in the concentration camp. But changes were possible within this national ranking. For example, while Spanish Republicans who had fled Franco were at first deliberately murdered, after the arrival of new groups of prisoners viewed as yet more hostile to the regime, they were able to advance up the camp hierarchy and ultimately secure much better chances of survival.

Between 1938 and 1945, around 190,000 people from over 40 different nations were imprisoned at the Mauthausen/Gusen concentration camp. At least 90,000 of them died in these camps.

Video: Deportations to Mauthausen during the war