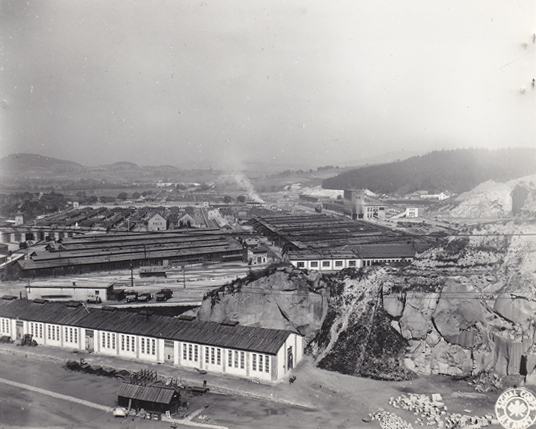 Gusen concentration camp after the liberation, May 1945 (photo credits: US National Archives and Records Administration)While planning for the Mauthausen concentration camp, the SS also acquired granite quarries in Gusen, which lay a few kilometres away. In April 1940 the first prisoners were housed permanently in this camp. Gusen, which from now on was classed as a branch of the Mauthausen concentration camp, was originally conceived with a capacity of around 6,000 inmates, larger than that of the main camp in Mauthausen. At first the SS transferred mainly Polish and Spanish concentration camp prisoners from Mauthausen to Gusen. As in Mauthausen, initially most were used as forced labourers in the quarries. In particular in the years 1940 to 1942, the prisoners were killed systematically in their thousands, or they died as a result of the murderous conditions. In 1941 the number of deaths in the Gusen branch camp was several times as high as in Mauthausen.

As part of the growing use of concentration camp prisoners as forced labourers in the arms industry, in 1943 two large arms companies moved parts of their production to the Gusen concentration camp. Steyr-Daimler-Puch AG, the largest arms company in the ‘Ostmark’, now produced guns here and the Messerschmitt GmbH company, a major aeroplane manufacturer in the German Reich, made aeroplane parts. For prisoners assigned directly to arms production, conditions now improved and for a time mortality in the camp sank. 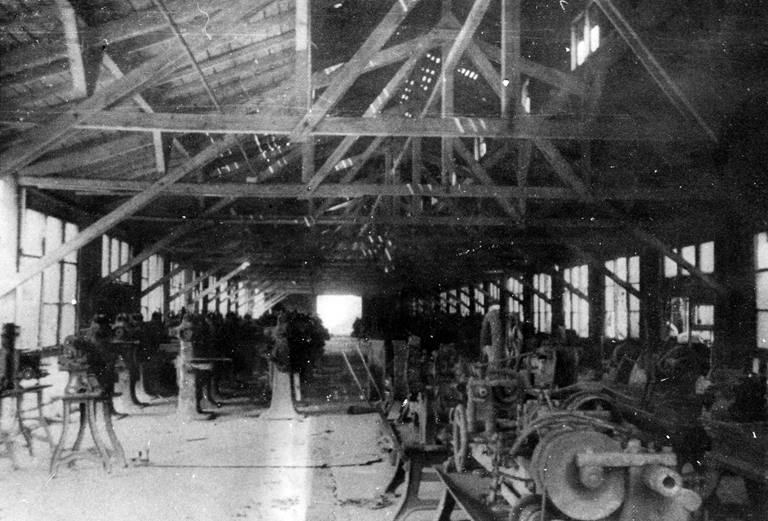 Production workshop of the Steyr-Daimler-Puch AG in Gusen, May 1945 (photo credits: Service historique de la défense, Archives Iconographiques, Vincennes)As early as late 1943, the SS started to use prisoners to dig tunnels in the surrounding mountainsides. The intention was to provide bomb-proof sites for factories being put out of operation by Allied air raids. At the start of 1944, the SS initiated a giant, underground construction project in St. Georgen an der Gusen, a few kilometres from the Gusen concentration camp: the tunnel complex with the code number ‘B8’ and the codename ‘Bergkristall’. This would be used to protect production of Messerschmitt Me 262 fighter jets from air raids. Up to 6,000 concentration camp prisoners worked on the construction site at any one time. Construction continued around the clock and, under massive time pressure, the prisoners were subjected to constant abuse. Mass production of aircraft fuselages and parts went into operation as early as autumn 1944. By the end of the war, around eight kilometres of tunnel covering an area of around 50,000 m2 had been built.

To house the prisoners needed to build the tunnels and later work in aircraft production, Gusen concentration camp was extended in March 1944 and a new part of the camp, ‘Gusen II’, was created. Many survivors remember the living conditions in this camp as the most catastrophic of any they had experienced. At least 8,600 prisoners were murdered in the Gusen II camp or died there as a result of the living and working conditions.

A total of around 71,000 people from across Europe were deported to the Gusen concentration camp. Around 36,000 of them did not survive. The largest national groups were from Poland and the Soviet Union. Thousands were also deported from western and southern European countries such as France, Italy and Spain, as well as the German Reich. On 5 May 1945 the Gusen concentration camp was liberated by the US Army.