Forced Labour in the Arms Industry 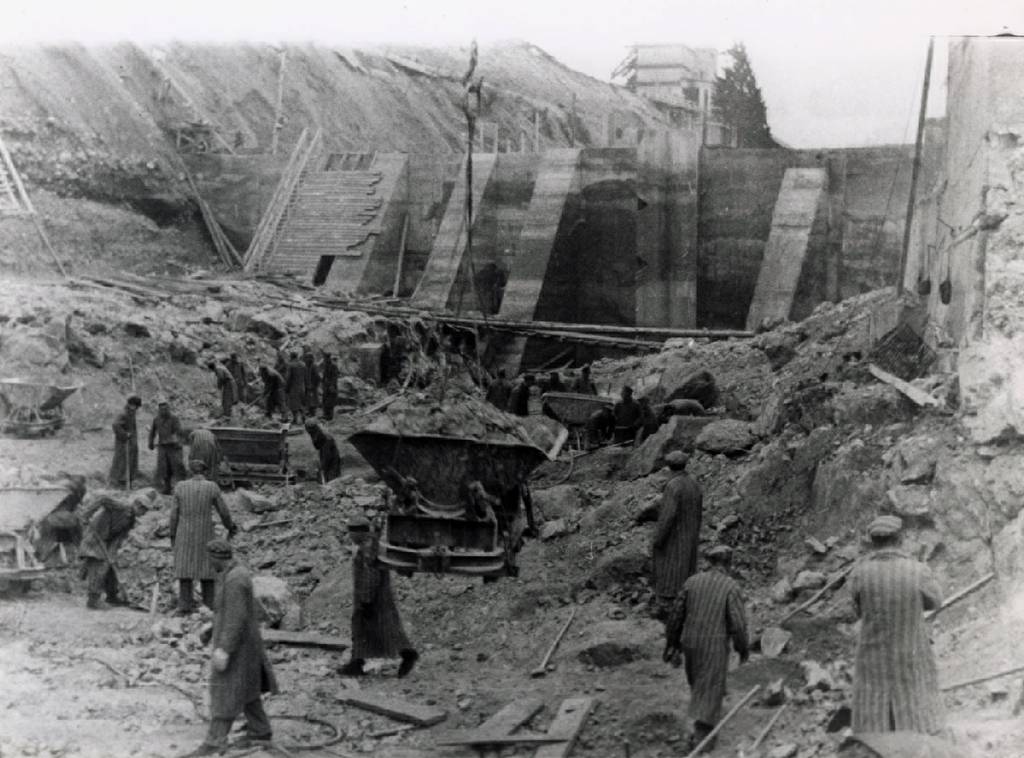 A key figure in this development was Oswald Pohl, head of the SS Economic and Administrative Office. At the end of April 1942 he ordered that there be a shift of ‘focus to the mobilisation of all prisoner labour for war tasks’ in the concentration camps.

In Mauthausen however, during 1942 only around eight per cent of the prisoners were deployed as labourers in arms production. Only after Albert Speer, Reich Minister for Armaments and War Production, visited the concentration camp in spring 1943 and demanded the complete integration of all prisoners into war production did this start to become more important at the Mauthausen concentration camp as well.

Arms-producing companies could now request prisoners as labourers from the SS. Where the request was granted, a subcamp to house them would usually be built at the production site itself. The companies had to provide food for the inmates and pay the SS a fee for each prisoner. Guard duties often lay with that part of the Wehrmacht for whom goods were being produced.

The SS distributed the concentration camp prisoners to subcamps located across large parts of Austria. At first they were used predominantly in constructing transport routes, power stations and factories. Later they mainly carried out forced labour in arms production itself. From the end of 1943 onwards, thousands of prisoners were forced to build underground production sites that would be protected from air raids.

A significant factor in the development of large-scale industry in Upper Austria was iron and steel production at the Reichswerke ‘Hermann Göring’ industrial complex in Linz. Here too, concentration camp prisoners were deployed as forced labourers from early 1943 onwards. In order to meet increased energy demands, concentration camp prisoners were forced to construct a chain of hydroelectric power stations along the river Enns.

The firm Messerschmitt GmbH Regensburg was one of the major producers of fighter jets in the German Reich. In 1943 it transferred parts of its production to the Gusen and Mauthausen concentration camps. Another manufacturer of fighter planes, Heinkel AG, operated production sites and concentration camp subcamps in the region around Vienna.