History of the Mauthausen Memorial 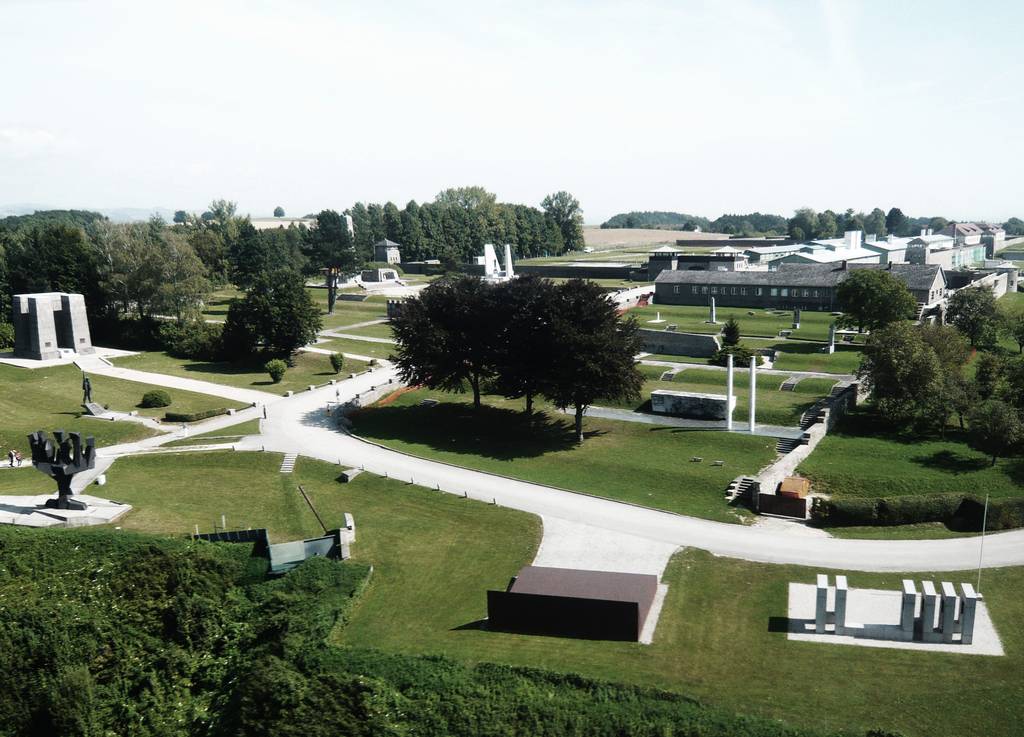 The Memorial Park at the Mauthausen Memorial, 2008 (photo credits: Mauthausen Memorial / Ralf Lechner)The US Army used the grounds of the camp to care for the liberated concentration camp prisoners and as a prison for members of the SS. After the region had been designated as part of the Soviet occupation zone, the Soviet Army used the former concentration camp as a barracks for a few months, after which it stood empty.

On 20 June 1947, the Soviet occupying authorities handed over the former Mauthausen concentration camp to the Republic of Austria with the condition that it be turned into a fitting memorial site.

By the time of the official opening of the memorial site, large parts of the former camp no longer existed. The US Army had burnt down the barracks of the infirmary camp to combat the threat of epidemics. Later, people from the surrounding region had taken the structural remains of the camp to use as building materials. Finally, as part of the design for the memorial site, most of the prisoner barracks, the remaining SS barracks and the operational equipment from the quarry had been removed. This was to ensure that upkeep costs for the memorial site remained low. 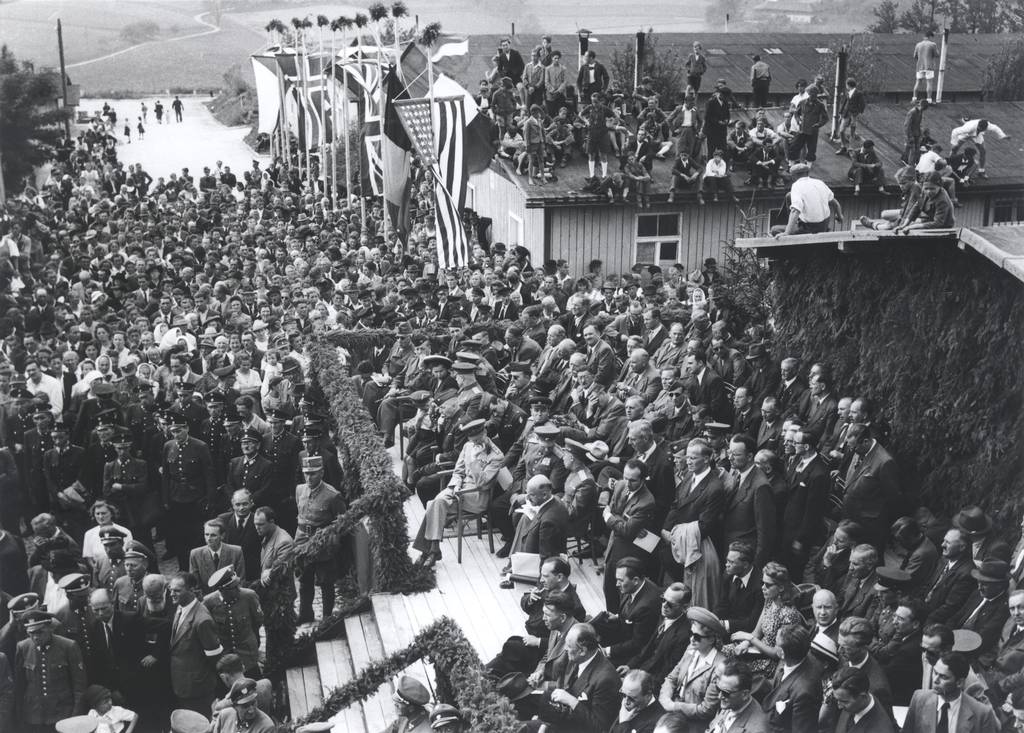 Ceremony on occasion of the handing over the former Mauthausen concentration camp to the Republic of Austria, 20 June 1947 (Mauthausen Memorial / Collections, Collection BHÖ)In spring 1949 the memorial site opened as the ‘Öffentliches Denkmal Mauthausen’ – the ‘Public Mauthausen Memorial’. As part of changes to the site, a chapel and a secular reflection room had been installed in the laundry barracks. On the roll call area, which had been maintained as an ensemble, the Republic erected a central memorial, a sarcophagus bearing the inscription ‘May the living learn from the fate of the dead’. In autumn 1949 France unveiled the first national memorial. A memorial park subsequently grew up in the area where the SS barracks had stood and numerous nations and victim groups erected further monuments.

In the 1960s the memorial site underwent further changes. Cemeteries were laid out in Camp II and the area of barracks 16 and 18. The dead of the concentration camp exhumed from the ‘Camp Cemeteries’ in Mauthausen and Gusen, and from the mass grave near Marbach, were reinterred here. Later, bodies from the mass graves in Gunskirchen were buried where barracks 19 had stood. Over 14,000 victims are buried in the cemeteries at Mauthausen.

Since 1970 the former infirmary building has been used as a museum. For several decades, a permanent exhibition on the history of the Mauthausen concentration camp curated by a former Mauthausen prisoner, Hans Maršálek, was on display here. This led to the memorial site’s growing for historical and political education. The liberation ceremonies, which had been held every year in May since 1946 and had been seen as the preserve of survivor associations and relatives, also now attracted greater attention from politicians and the general public.

The opening of a Visitor Centre in 2003 laid the foundation stone for the next redesign of the memorial site. Most recently, in 2013 two new permanent exhibitions and a ‘Room of Names’ commemorating the dead of the Mauthausen concentration camp and its subcamps were opened.