The third volume to appear in the series "Mauthausen-Studien" was the book "Slowenen in Mauthausen" by the Slovenian author France Filipič. 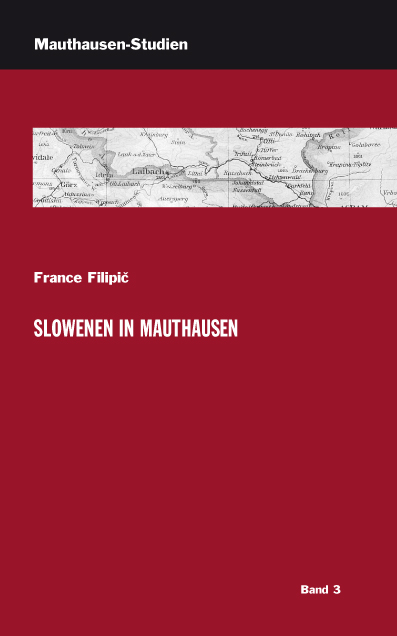 France Filipič, born in Maribor in 1919, was imprisoned in the Mauthausen concentration camp and its subcamp at the ‘Nibelungenwerke’ tank factory in St. Valentin in 1944/45. After liberation he researched the history of the Slovenian prisoners in Mauthausen. He died 2009 in Ljubljana.

In his book, France Filipič provided a detailed study of the Slovenian resistance and gave an overview of the persecution of the partisan groups and their deportation to Mauthausen. The book lists, in chronological order, the number of Slovenians (more than 4,000 in total) who were deported to Mauthausen between 1941 and 1945.

The main body of the book is made up of witness testimonies, ordered chronologically, some of which were written memoirs and others interviews carried out by France Filipič himself with former prisoners. This third volume of the ‘Mauthausen-Studien’ series makes testimonies in Slovenian accessible to a German-speaking readership.